Not one, but two holidays are included in the next three-day weekend, Presidents' Day and Valentine's Day! Even though Hulu is geo-restricted outside USA, you can access all of Hulu content with a premium VPN in your country. So take a look at these best romance movies on Hulu and spend your three-day weekend with your loved one snuggling and binge-watching!

Even though, there are many ways to romance up your intimate home date night, but snuggling up and binge watching with your partner is never a bad idea. So if you want to enjoy huge, dramatic romances like If Beale Street Could Talk and Titanic, or rom-com movies on Hulu Palm Springs and Playing It Cool, or you just want to see something erotica like Endless or Friend with Benefits, you’ve come to the right place. 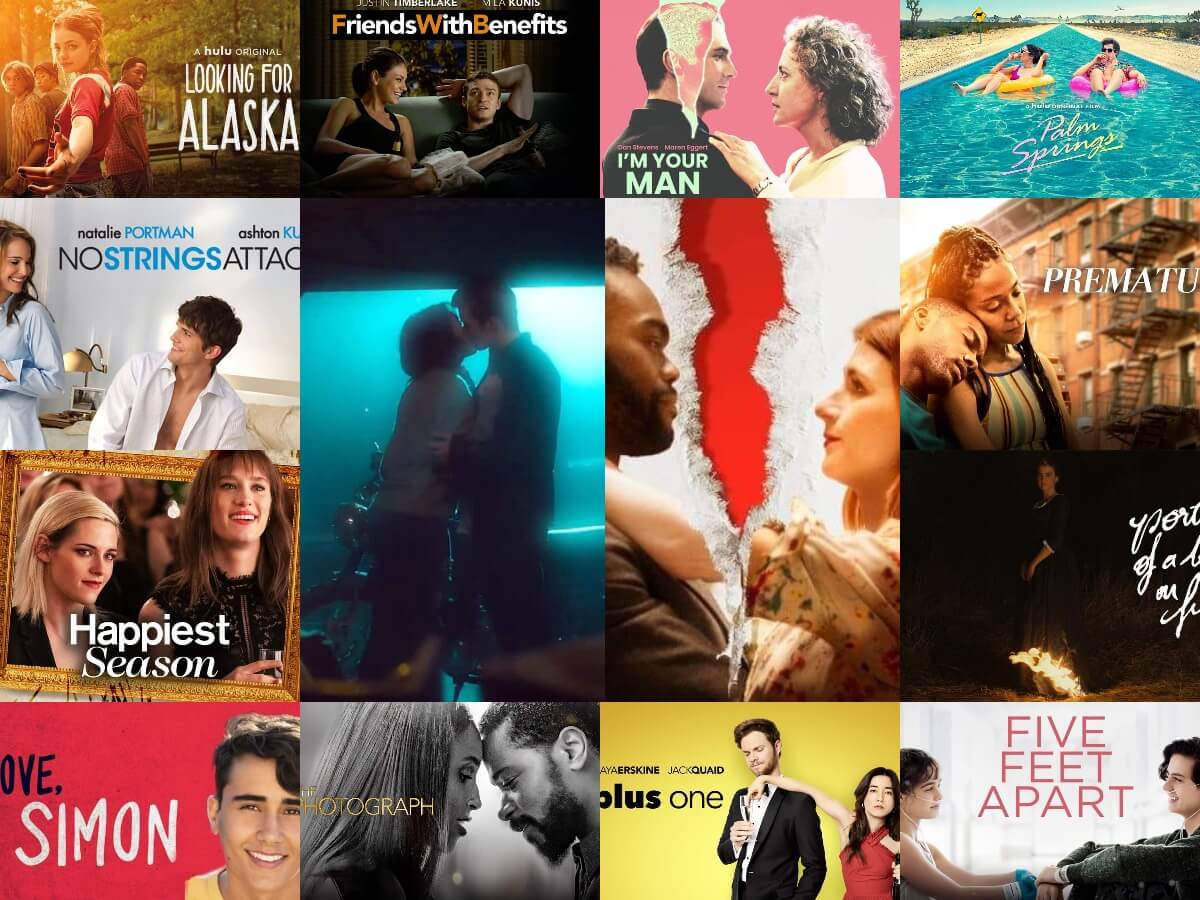 Hulu provides access to a large movie library, much to the joy of cinephiles everywhere. While there are films of many genres available on Hulu, the amount of romances available is particularly amazing. From wonderful comedies to heartbreaking dramas, these flicks will make you swoon.

Hulu has a romance movie for everyone, whether you’re a die-hard fan of love stories or a curious beginner eager to dive into the genre for the first time. With this list of the 15 Best Romance Movies on Hulu, we’re here to help you fall in love with your partner, again (or incase if you are single!)

So, here’s a list of the 15 Best Romance Movies on Hulu to binge watch right now! However, if you want to watch Hulu outside USA and concerned that Hulu is geo-restricted in your country, then the good news is that a modern-day technology is here to rescue you from this with the best Hulu VPNs, allowing you to stream all of its content from anywhere in the world.

Since Hulu is geo-restricted outside USA, take a look at the quick overview of the 3 Best Hulu VPNs to watch and access Best Romance Movies on Hulu outside USA:

Best Romance Movies on Hulu to watch this Valentine’s Weekend!

Below is the list of the 15 Best Romance Movies on Hulu to binge-watch with your lover this Valentines day with your partner from anywhere! 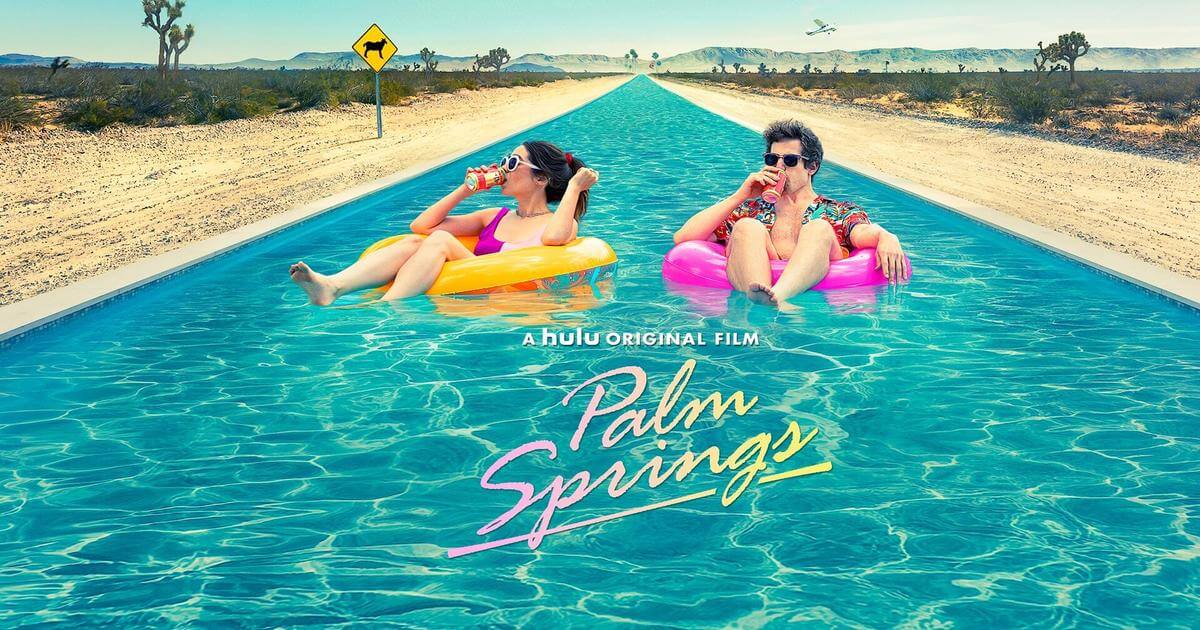 Nyles (Andy Samberg) meets Sarah (Cristin Milioti), the maid of honor and family black sheep, while detained at a wedding in Palm Springs. Sarah is intrigued to Nyles and his eccentric nihilism when he saves her from a disastrous toast. When their impromptu tryst is foiled by a bizarre interruption, Sarah is forced to join Nyles in accepting the notion that nothing truly matters, and the two begin wreaking spirited havoc on the wedding festivities. 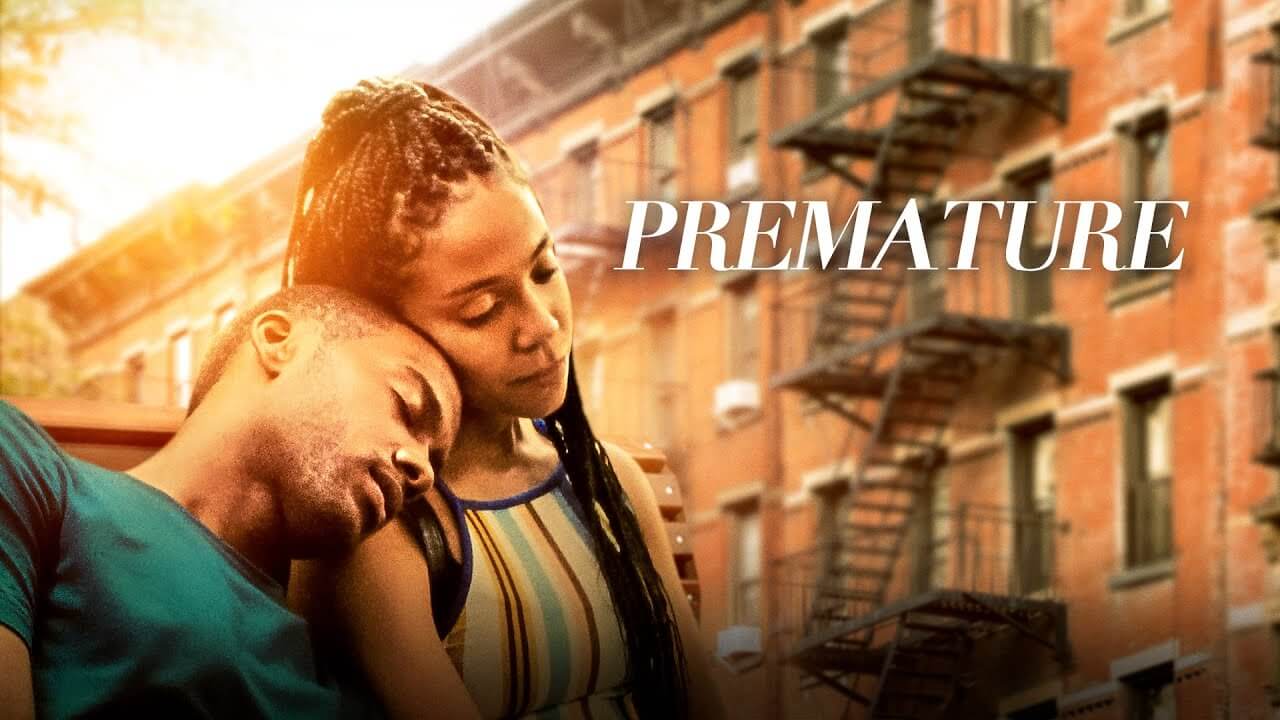 Romantic films typically achieve stardom by exaggeration, strange accidents, and a lot of luck, but if you’re looking for anything R-E-A-L, Rashaad Ernesto Green’s 2019 indie romance is it. Premature follows a summer relationship between two teenagers (Zora Howard and Joshua Boone) in scorching Harlem, with with all the genuine highs and lows of being young and in love. This one hits you like a tons of bricks, but the beauty of it all comes through.

If Beale Street Could Talk 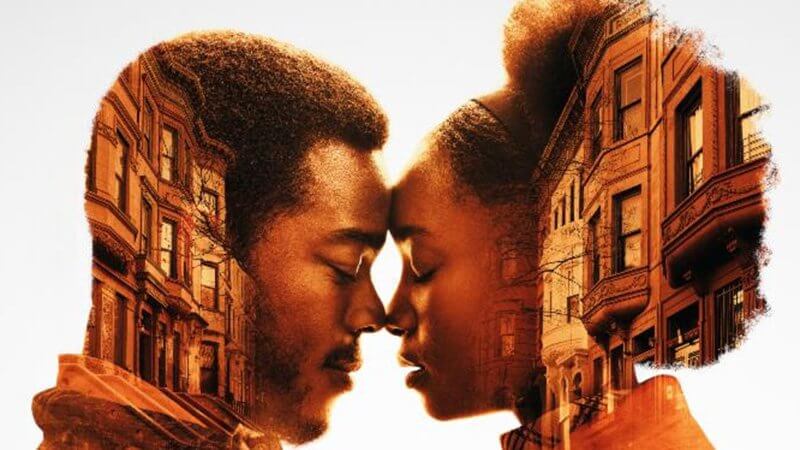 In this 2018 adaptation of James Baldwin’s novel, Romanticism collides with racism. In 1970s New York City, a young man is wrongfully accused of rape, and his lover must do everything she can to prove his innocence and get him out of jail before their son is born. This was Barry Jenkins’ Oscar-nominated follow-up to Moonlight, and it retains much of that film’s charm. 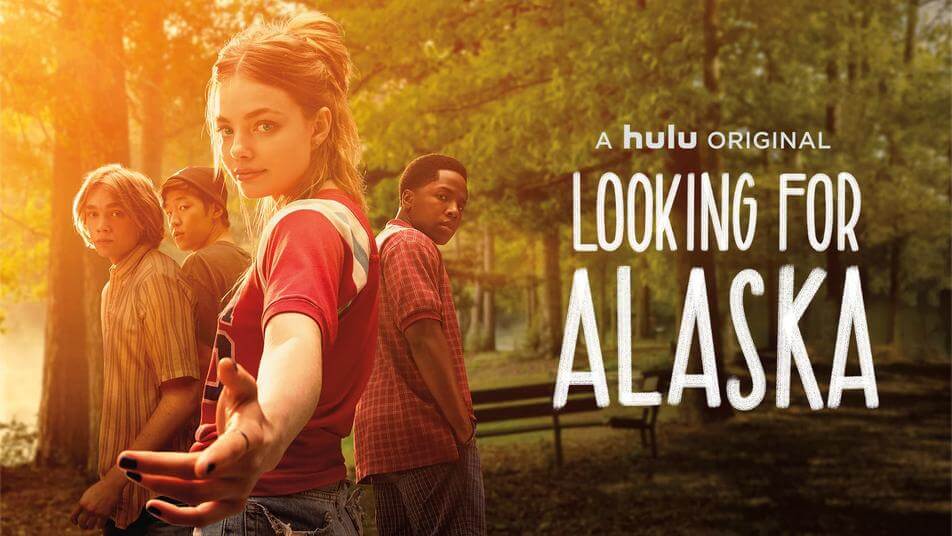 Looking for Alaska is more of a coming-of-age narrative than a romance film, and one of the main characters dies, this adaptation of John Green’s novel captures many of the warm fuzzies you remember from your adolescent years. It follows a group of teenagers as they embark on a new journey at an Alabama boarding school. 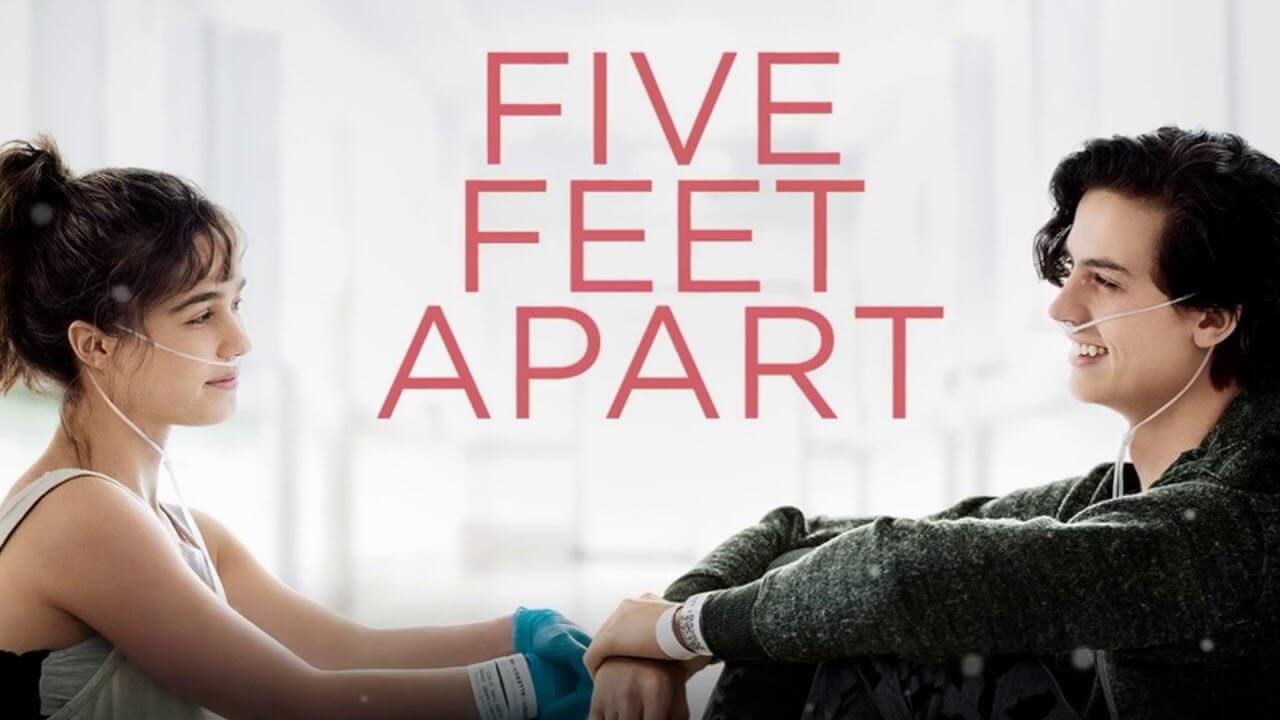 This romance movie is about a teen who falls in love with her new neighbor while struggling for her life against an unjust cancer that has taken away many of her loved ones. The story depicts what it’s like to live every day with cystic fibrosis and the challenges that come with a life-long illness while yet being able to live your life as you like. This is without a doubt one of best teen romance movies on Hulu. 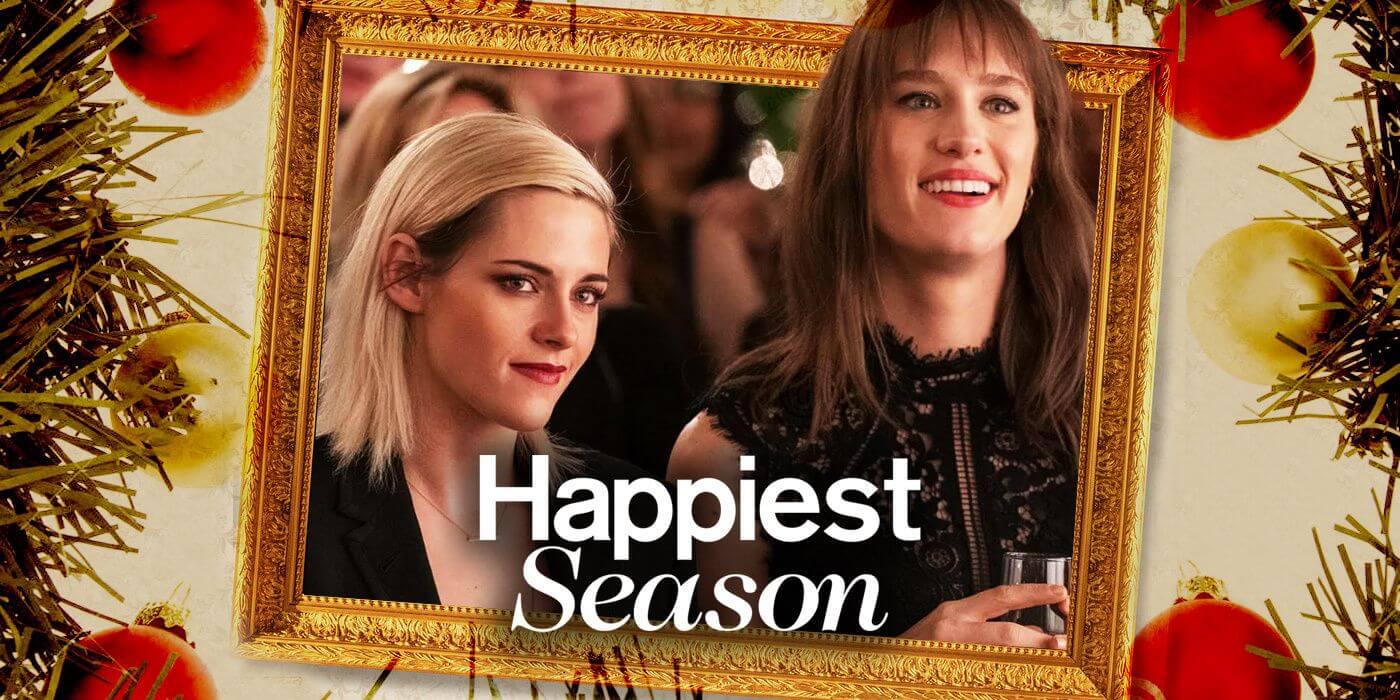 It can be difficult to meet your girlfriend’s family for the first time. It’s even more difficult to plan a proposal over her family’s annual Christmas dinner – until you find they have no idea she’s homosexual. When Abby (Kristen Stewart) discovers that Harper (Mackenzie Davis) has kept their relationship hidden from her family, she begins to doubt the girlfriend she thought she knew. 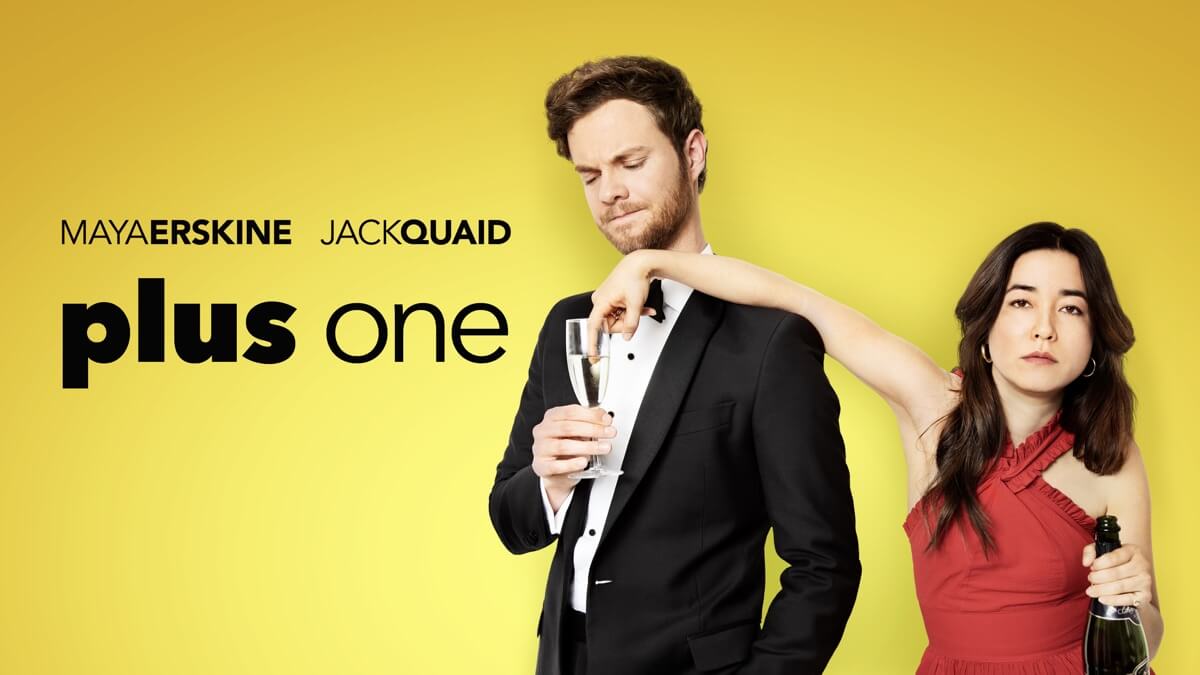 With well-matched main actors and a script that embraces and overcomes genre conventions, Plus One is one of the best romance movies on Hulu. It’s about two long-time friends who resolve to attend every wedding they’re invited to as each other’s plus one. This comedy romance movie on Hulu has a clever script. Despite the fact that it is rather predictable, the conversation and performance by the ensemble make it an entertaining watch. 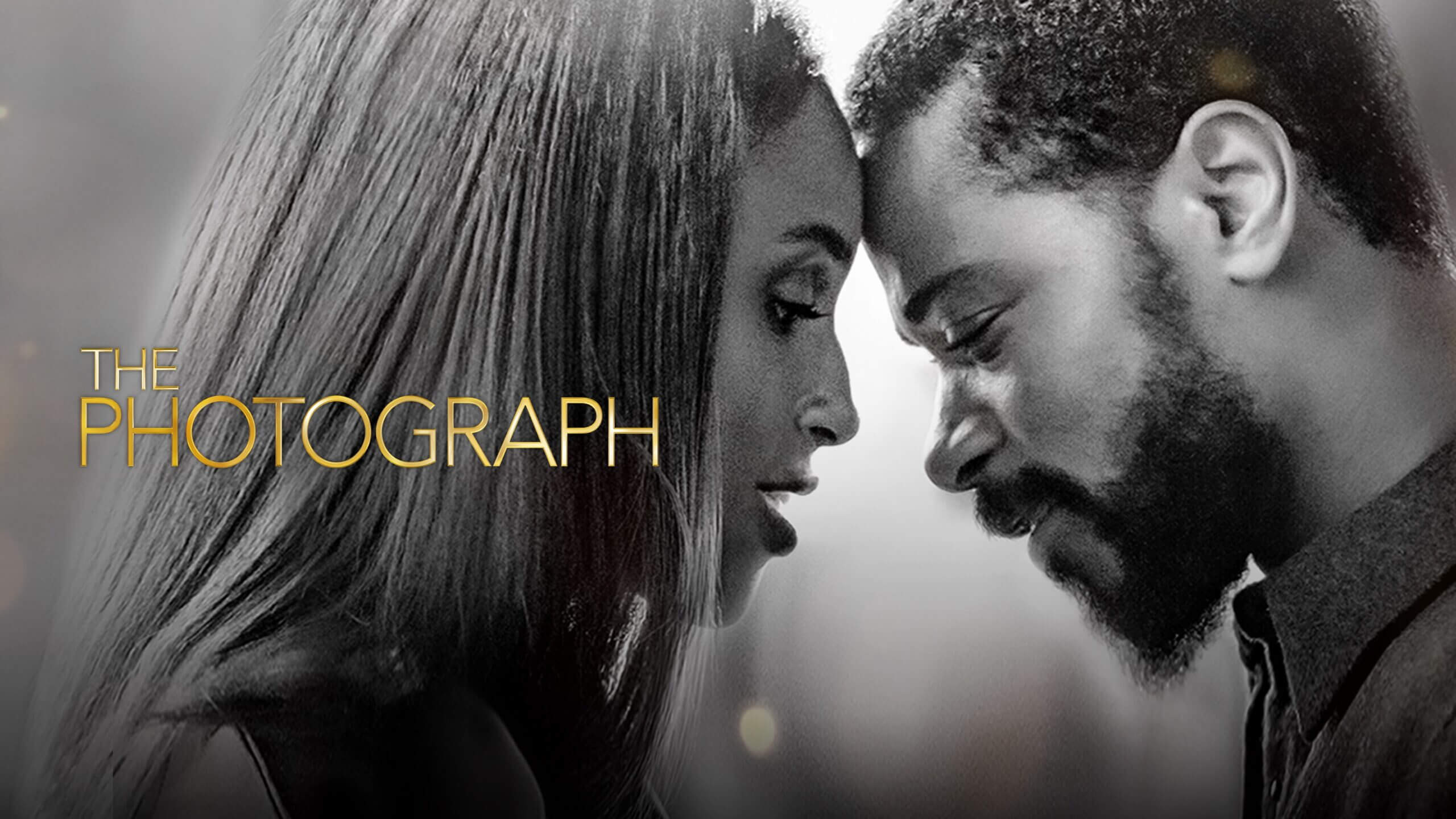 When renowned photographer Christina Eames passes away unexpectedly, her estranged daughter, Mae, is left sad, resentful, and bereft of answers. When Mae discovers a photograph in a safe deposit box, she begins a study into her mother’s early life, which leads to an unexpected romance with a rising journalist. 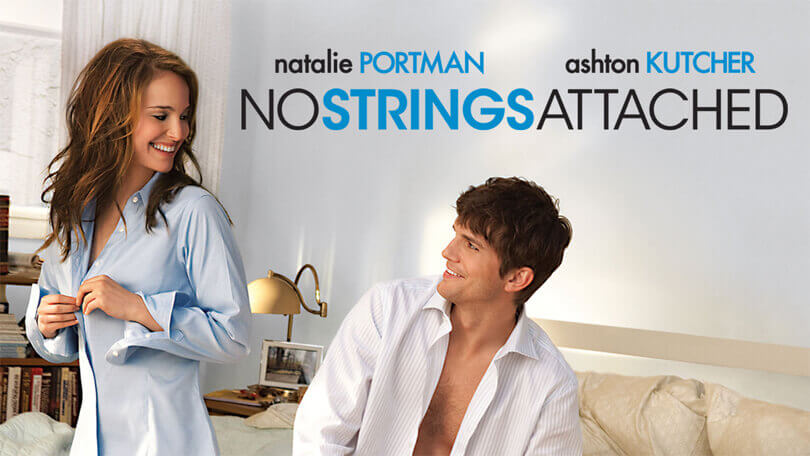 No Strings Attached is one of the best romance movies on Hulu, with an engaging storyline that breathes new life into the romantic comedy genre. What happens if long-time buddies have sex? According to Emma (Natalie Portman) and Adam, they aren’t falling in love (Ashton Kutcher). Without any jealousy, fighting, or expectations, the two agree to keep matters strictly physical. They claim they’re just having a good time, but the question is who will fall in love first. 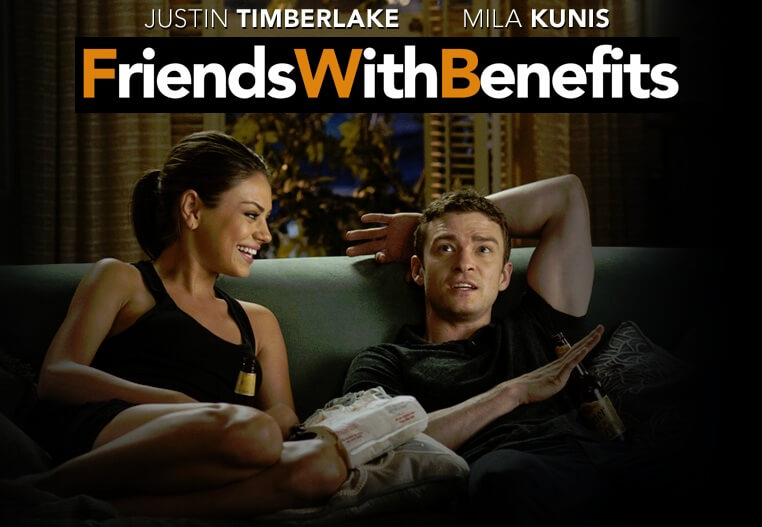 Jamie Rellis (Mila Kunis) is a New York City headhunter attempting to sign Dylan Harper (Justin Timberlake), a Los Angeles-based art director, for her client. They rapidly become friends after he accepts the job and relocates. Their friendship blossoms into a friendship with perks, but given Jamie’s emotionally scarred past and Dylan’s history of emotional aloofness, they must resist falling in love the way Hollywood romance flicks suggest.

Riley and Chris are deeply in love, are separated by a fatal car accident, and Riley blames herself for her boyfriend’s death, while Chris is left in limbo. Surprisingly, the two discover a way to communicate. Riley and Chris are forced to learn the most difficult lesson of all: letting go, in a love story that spans life and death.

Another internet love story, except this time it’s about Simon Spier, a 17-year-old lad. Simon is gay, but he hasn’t told his friends or family about it. This one is one of the best romance movies on Hulu. Simon has fallen for an anonymous classmate online and is unsure what to do, complicating matters further. Getting to the bottom of these problems is terrifying, life-changing, and humorous. This film is not only charming and heartwarming, but it also provides a unique perspective on a high school student attempting to fit in. 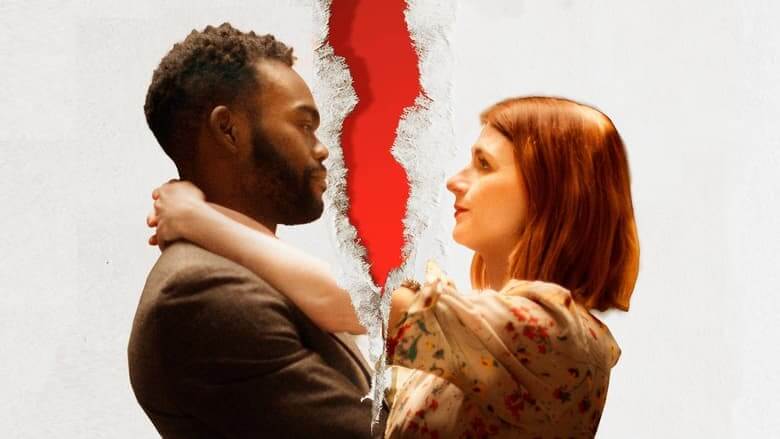 Lori and Doug, who have been together for a long time, have broken up just days before Lori’s younger sister Bea’s wedding to Jayson. To avoid interfering with the festivities, they decide to keep pretending they’re still together until the weekend is through.

Portrait of a Lady on Fire

The historical one of the best romance movies on Hulu that is set in 18th century France. Marianne, a great painter, has been commissioned to paint Heloise, the daughter of a countess, for her wedding portrait. However, they soon embark on an affair that would forever alter their lives. This film is a masterpiece from beginning to end. Each frame may be lauded as great art and displayed on a wall. “Portrait of a Lady On Fire” should be your next watch if you enjoy period works, intense human drama, or sweeping romances. 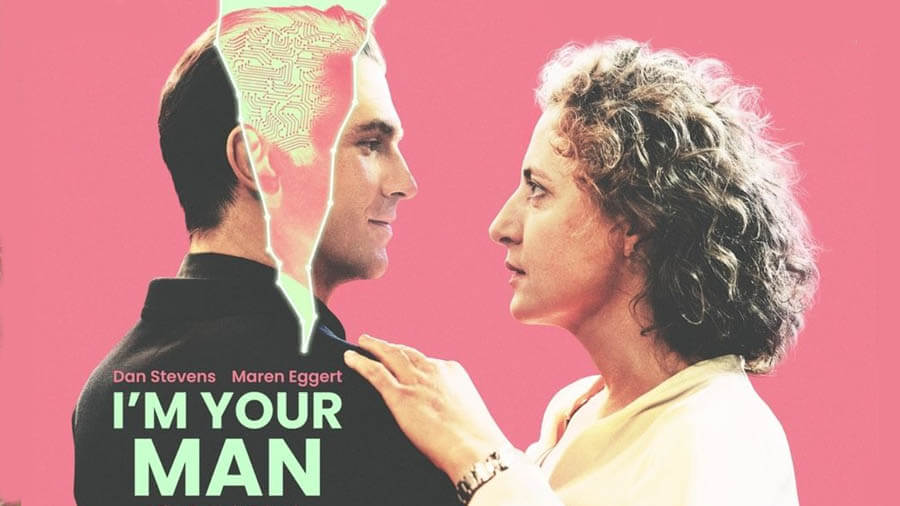 I’m Your Man is a sci-fi romance movie about an archaeologist who agrees to take part in an experiment in order to raise money for her research. Living with a robot whose sole aim is to make her happy is part of the experiment. It is a fascinating piece loaded with heart and comedy, expertly directed by Maren Eggert as Alma and starring Dan Stevens as the robot Tom in a superb performance. It’s a fresh and interesting take on the genres it’s based on.

So what are you waiting for? Get your V-Day watching done with the best romance movies on Hulu in the peace and safety of your own home with your loved one instead of going to the movies to witness the newest Hollywood schlock.