The Top 20 Most Disturbing Movies on Netflix [Updated August 2022]

Check out the Top 20 most Disturbing Movies on Netflix in 2022, scroll down to get ideas from this blog.

Check out these perfectly disturbing movies that will leave you disoriented for days on end!

Horror and disturbing movies are two genres that we love, and Netflix has no shortage of horror and scary movies. Also, millions of movie lovers all around the world are addicted to this genre.

In scary movies, we are always seeking something unexpected. So having said that, disturbing movies on Netflix will make you jump out of your chair and scream your head off.

If you enjoy watching films that are away from reality and living in a world of fiction, then this list is for you. So, without further ado, let’s dive into the top 20 most disturbing movies on Netflix in 2022. 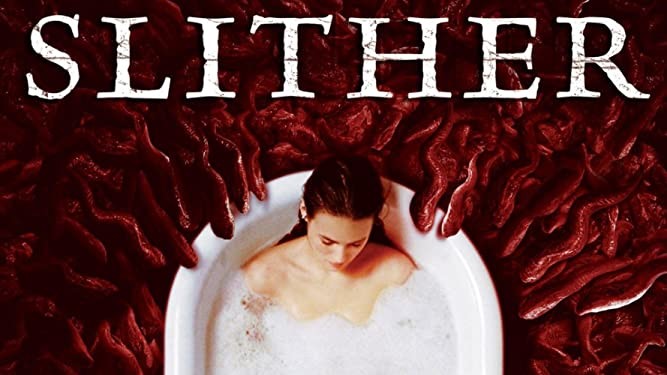 Brief Overview: A malevolent alien parasite infests a small town called Wheelsy in South Carolina. It is a sleepy little town where not much happens. So people don’t notice when evil sneaks into their communities. Still, when they discover mutilated livestock and a missing woman, Sheriff Bill Pardy (Nathan Fillion) discovers an alien life form that threatens to consume all life on Earth. 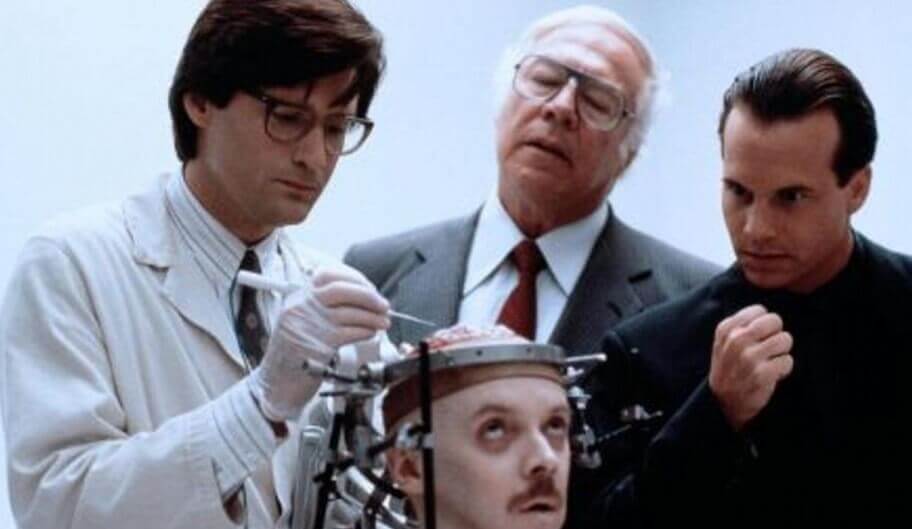 Brief Overview: The story builds to a battle between man and machine as Martin, a neurosurgeon who’s studying brain malfunctions that cause mental illness, explores his own brain to save himself from a greedy corporation.

Brief Overview: When a mysterious bite transforms a bride-to-be into a bloodthirsty creature during her bachelorette celebration in Mexico, her fiancé and friends are put in danger, as well as anyone who crosses her path. 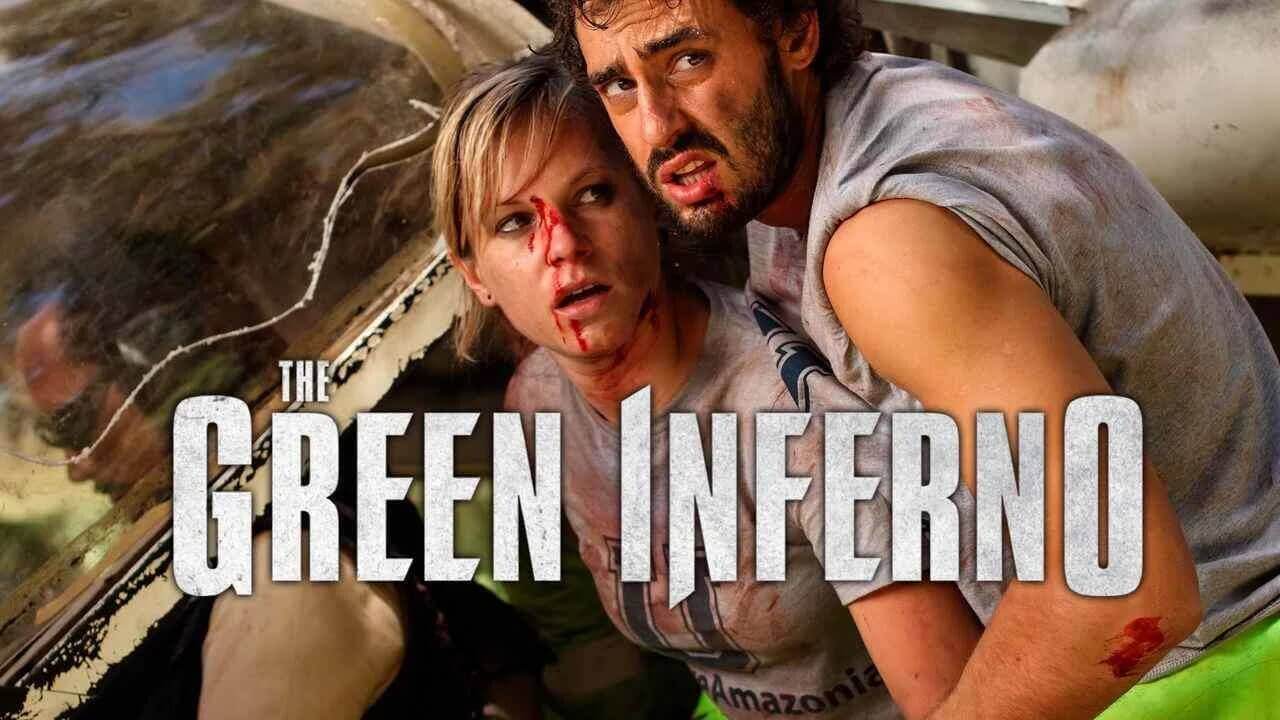 Brief Overview: Justine (Lorenza Izzo), the daughter of a lawyer, meets Alejandro (Ariel Levy) while he is on a hunger strike on behalf of underpaid janitors. Justine agrees to help Alejandro complete his next project: to save the Amazon. However, she soon realizes she has made a mistake when their plane crashes in the Peruvian jungle, and she is taken captive by a tribe of hungry cannibals and the rest of their group. 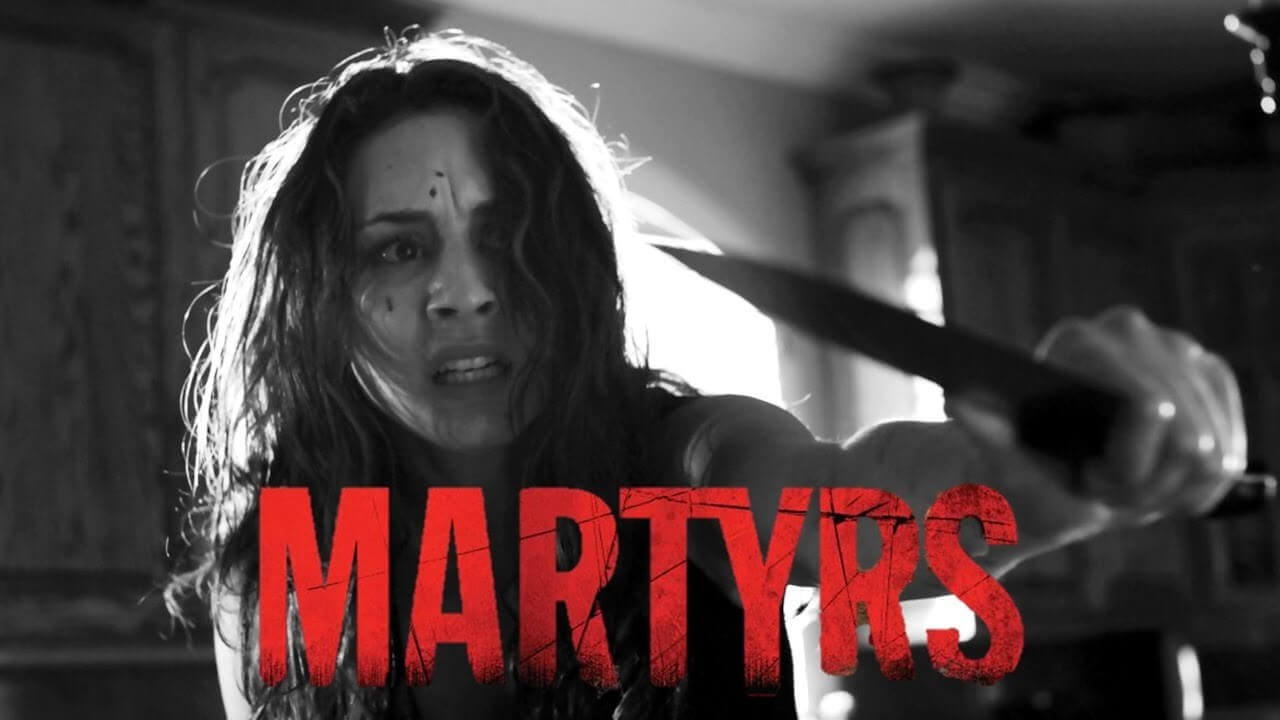 Brief Overview: The film is more of a psychological thriller than a ghost story. It is only Lucie’s mind that is haunting her. All the wounds on her body are self-inflicted, but she does not perceive them as such. Instead, Lucie claims to see a creature who urges her to kill the captors.

Brief Overview: On the day of her wedding, Kübra becomes possessed by unknown beings. To cure Kübra, Ebru, a psychiatrist, enters the picture. They are also old friends. In order to save Kübra, Ebru would work alongside an exorcist. Unfortunately, as soon as things seemed to be going well, everything went horribly wrong.

16. The Human Centipede: The First Sequence 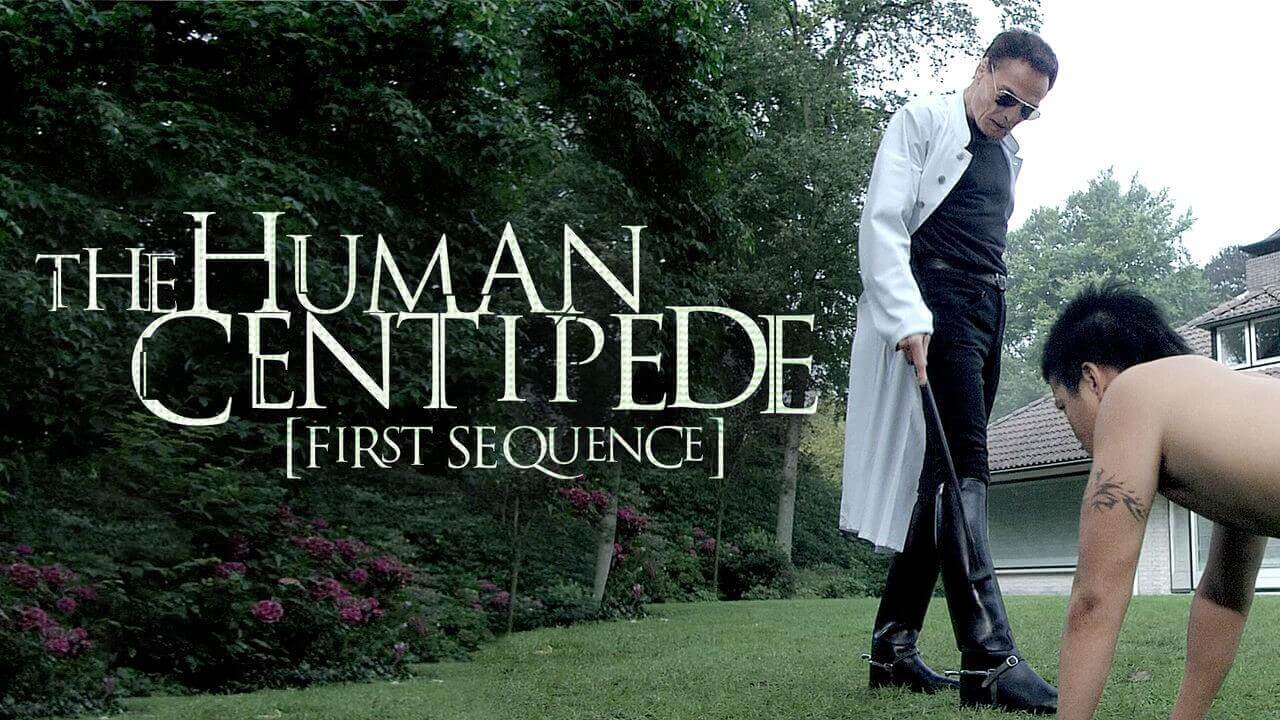 Brief Overview: Two pretty but ditsy young American girls are on a road trip across Europe. Unfortunately, their car breaks down in Germany, so they are left alone at night and seek shelter in an isolated villa. Upon waking up in the morning, they find themselves in a makeshift hospital with a Japanese man. Here, they encounter a psychotic German surgeon who dreams of linking humans through their intestines. 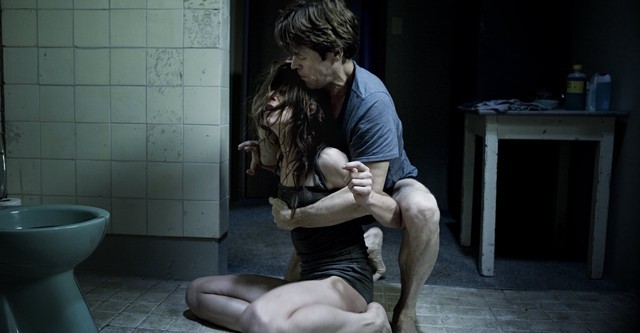 Brief Overview: A married couple (Willem Dafoe, Charlotte Gainsbourg) is having sex when their infant son falls out of a window and dies in a nearby room. She becomes depressed and is hospitalized, but her psychiatrist husband tries to help her. However, he decides that she must face her fears, so he takes her to a cabin in the woods where she spent a previous summer with him. Once they arrive, she becomes more mentally ill and starts abusing her husband and herself. 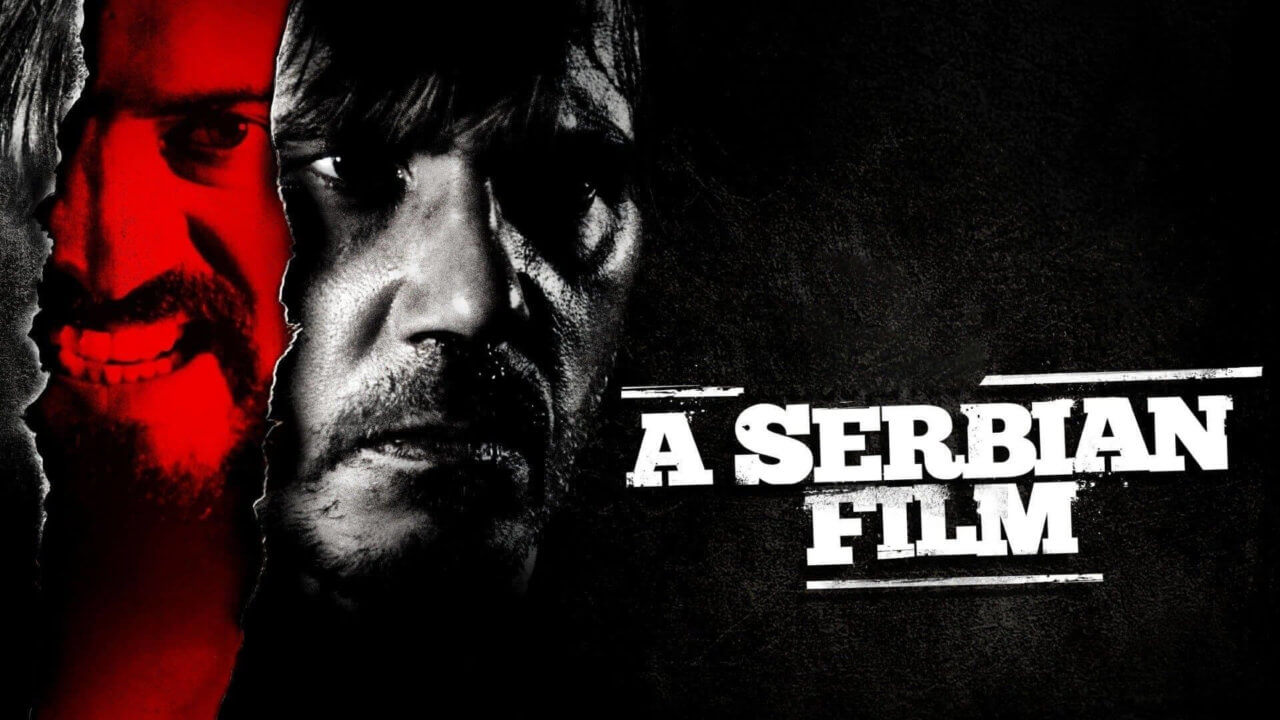 Brief Overview: The story follows an ageing p*rn star who agrees to act in an art film to get a fresh start in the new millennium, only to discover that he has been drafted to make a snuff film involving paedophilia and necrophilia. 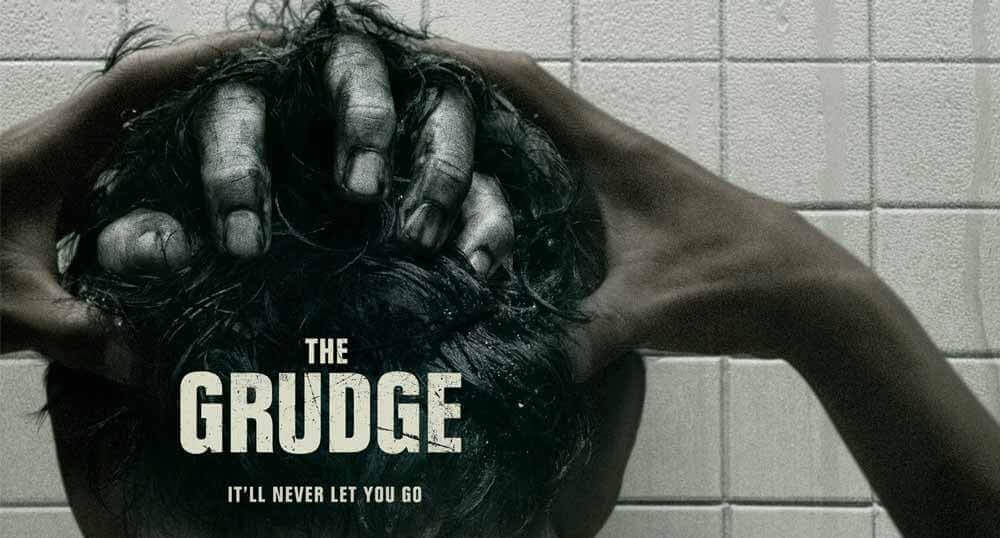 Brief Overview: A detective investigates a murder scene related to a previous case that her new partner handled. The killings occurred in a haunted house, which transmits a mysterious curse to anyone who enters. As it turns out, the curse soon extends to a terminally ill woman and her husband, and another unsuspecting couple. 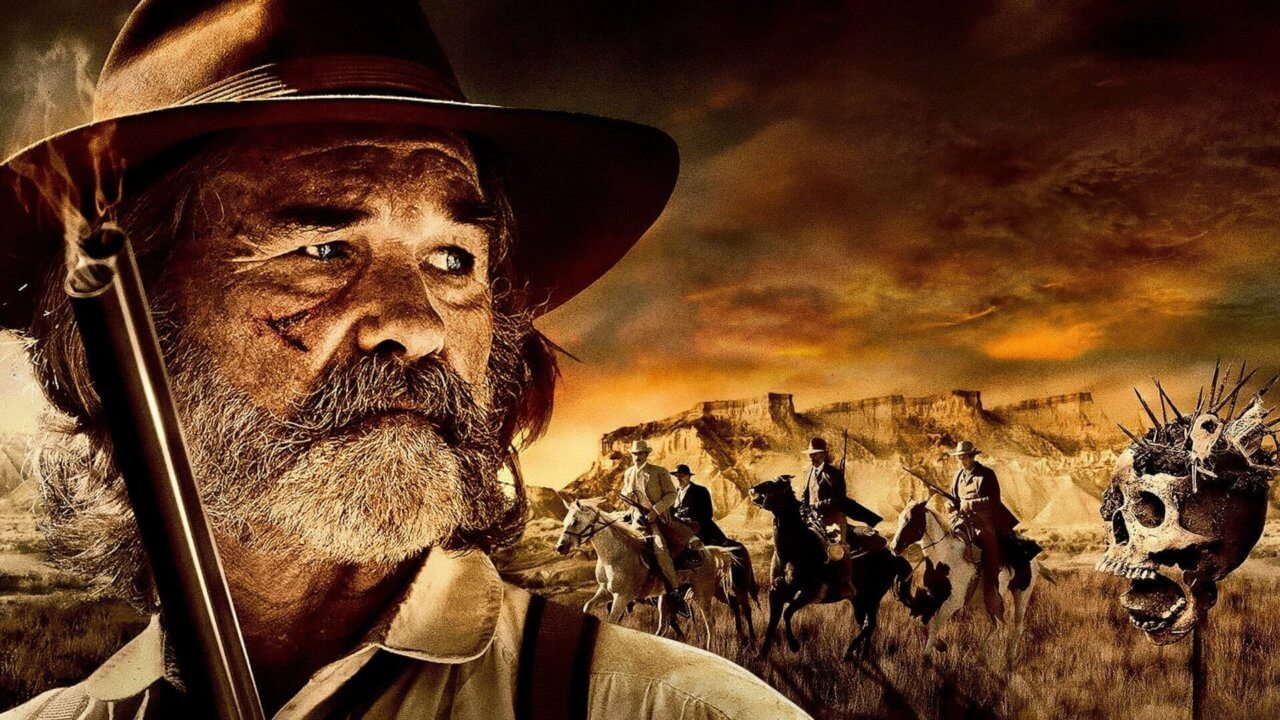 Brief Overview: The film tells the story of the Old West and the rescue of three people from a savage group of cave dwellers by a sheriff, his deputy, a gunslinger, and a cowboy. Kurt Russell, Richard Jenkins, Matthew Fox, and Patrick Wilson play the main characters. 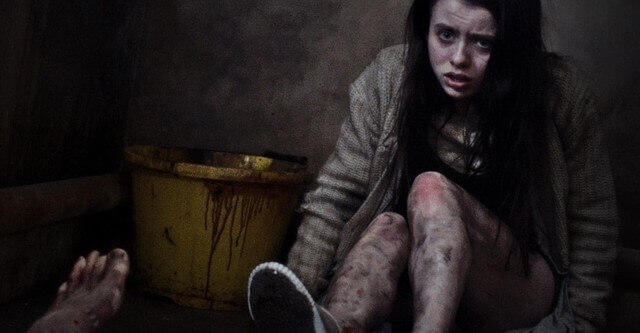 Brief Overview: Angel is a young woman confined to working in a sex exchange house that pairs captured women with military personnel. Despite being deaf and mute, a vagrant plots brilliant and brutal revenge against the soldiers who prostitute girls. 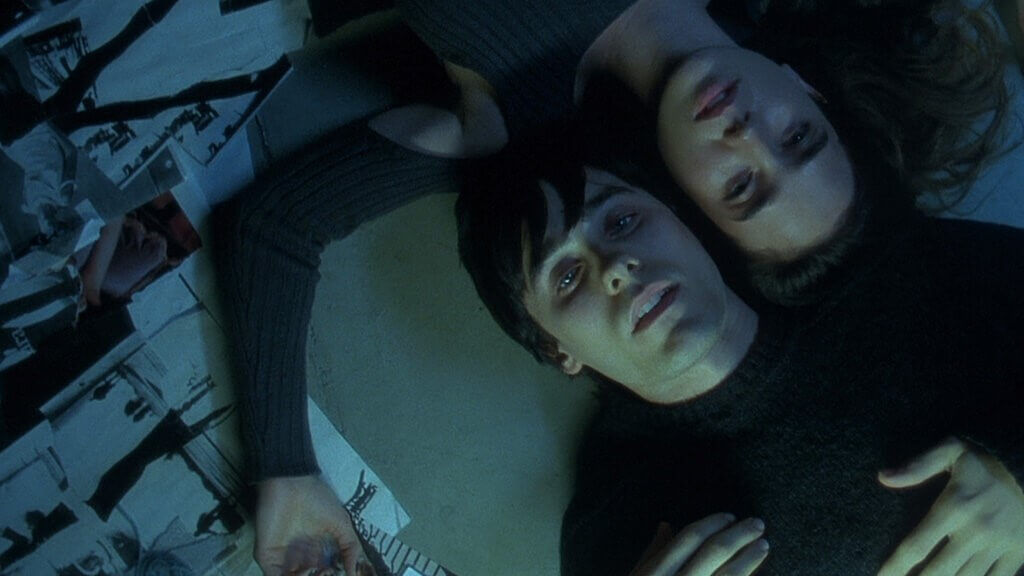 Brief Overview: Imaginatively depicting the inner landscape of human beings longing to connect, love, and feel loved, the film is a story of love gloriously found and tragically lost. “Requiem for a Dream,” tells parallel stories about a lonely widowed woman named Sara Goldfarb, a sweet but aimless son named Harry, and their relationship. In order to prepare for a television game show appearance, plump Sara has begun a dangerous diet regimen.

9. Incident in a Ghostland 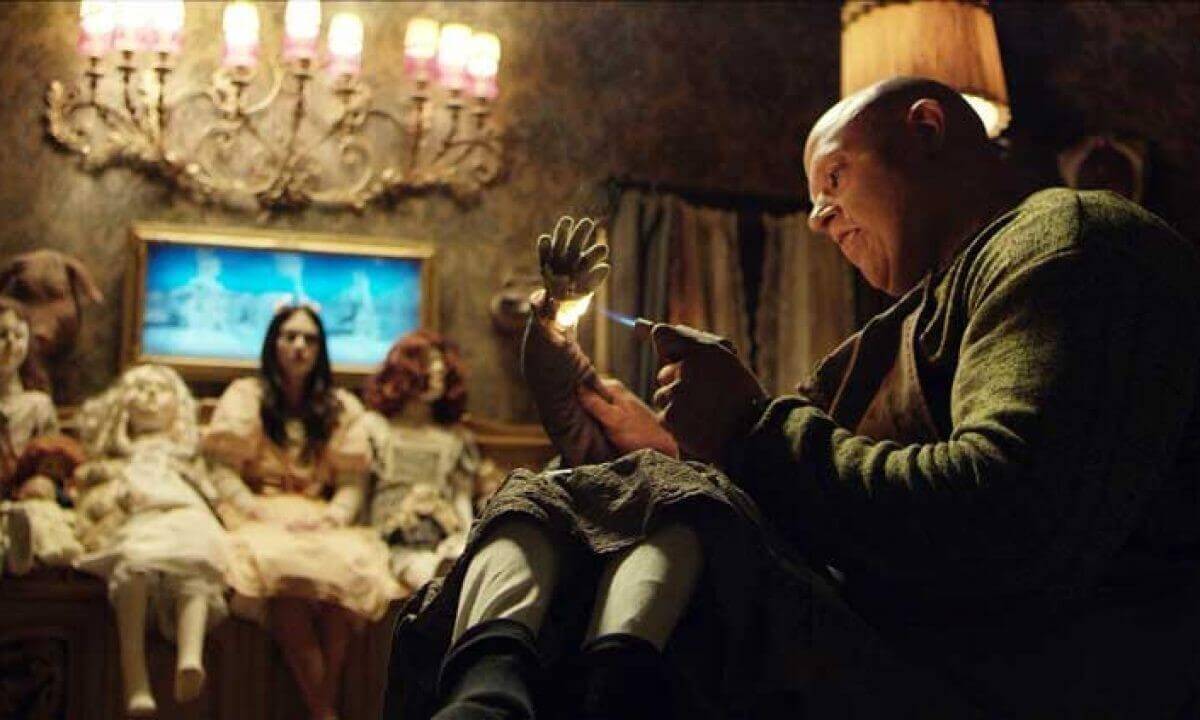 Brief Overview: When a woman inherits a house with her two daughters, she is confronted by murderous intruders and fights for their lives on their first night together. During the reunification of the daughters, sixteen years later, things get very strange in the house.

8. The Last House on the Left 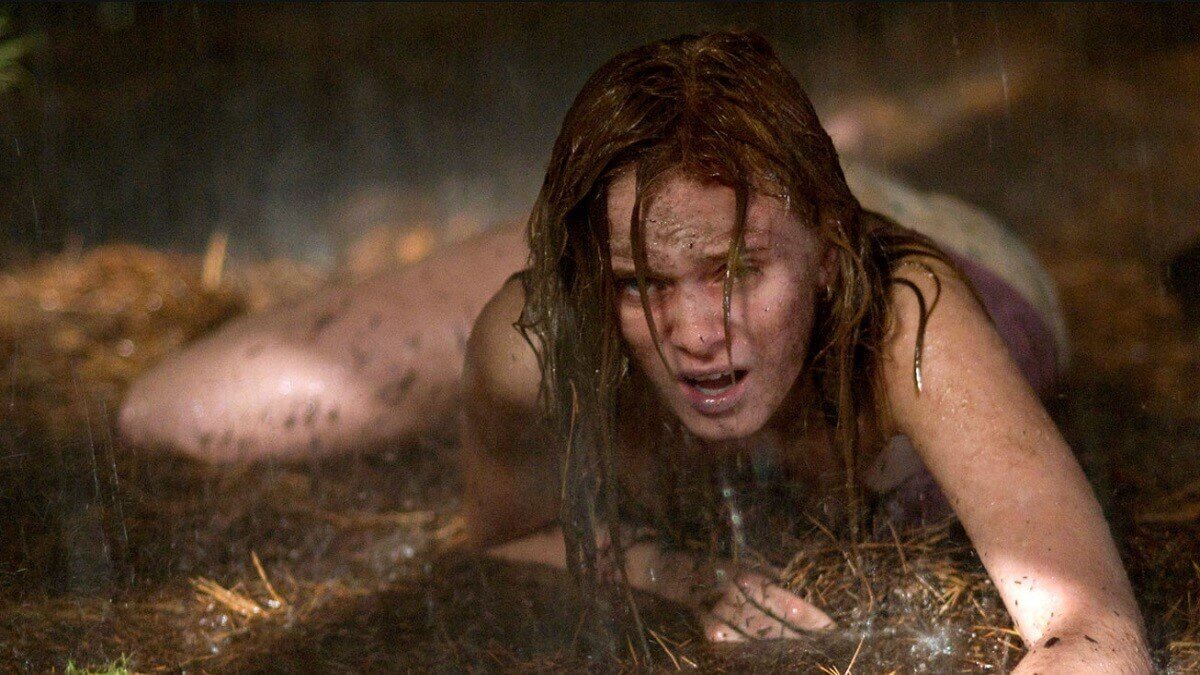 Brief Overview: In Collingwood, Mari and her friend look forward to a holiday at a remote lakehouse, but instead, they are kidnapped by an escaped convict (Garret Dillahunt) and left for dead. After making her way back home, Mari finds her parents, John (Tony Goldwyn) and Emma (Monica Potter), have inadvertently given refuge to the thugs. When John and Emma find out what happened to their daughter, they decide to punish the strangers for what they did to her.

7. The ABCs of Death 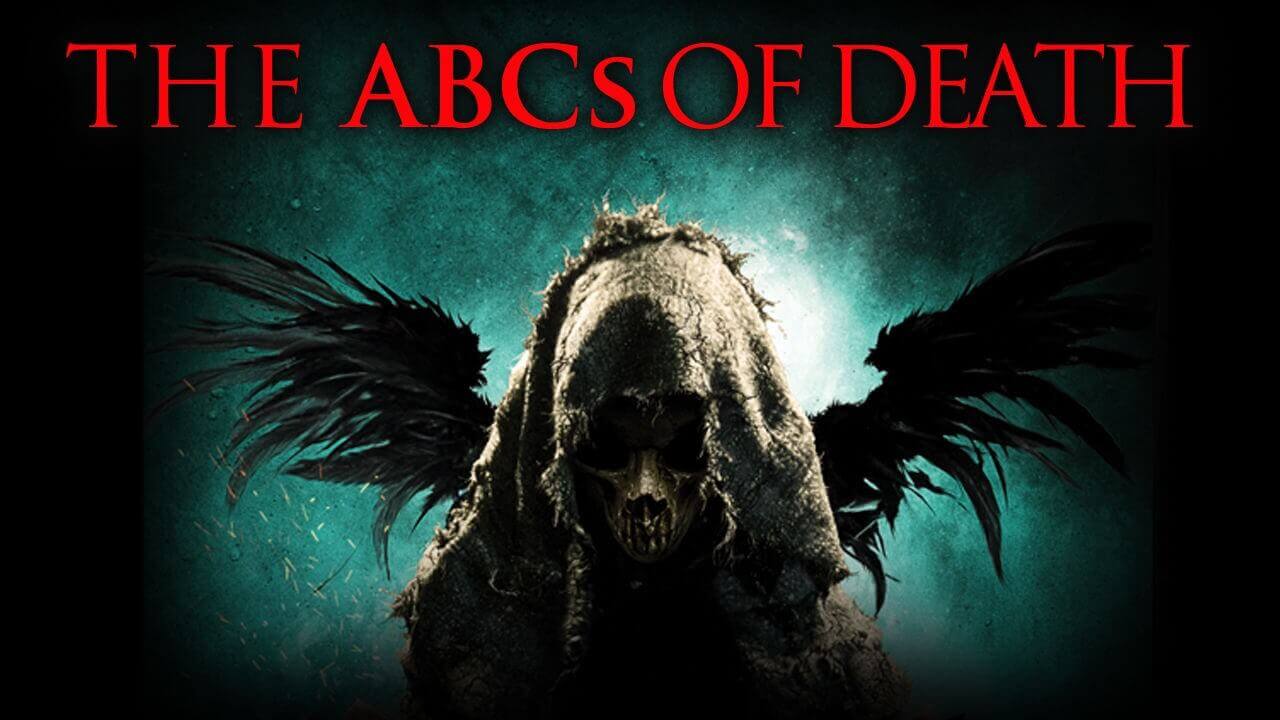 Brief Overview: There are 26 ways to die in this anthology of stories penned by more than two dozen directors, each after a letter from the alphabet. 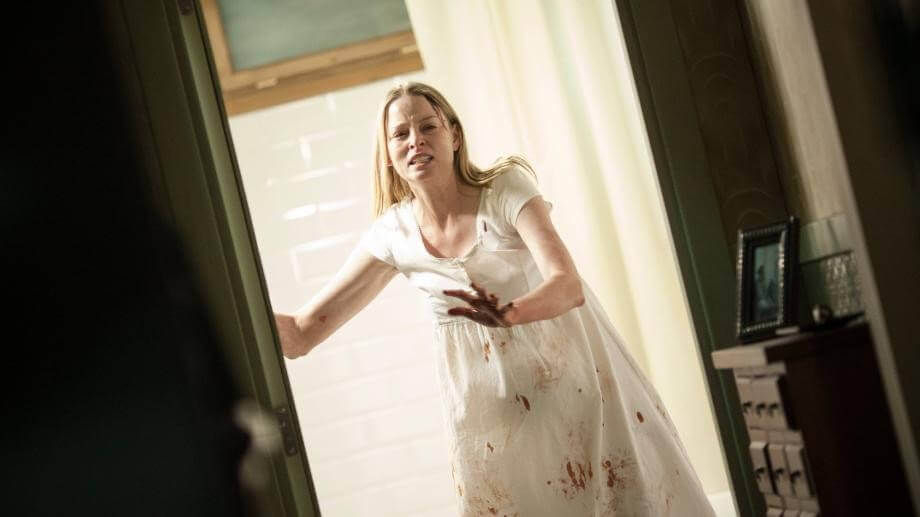 Brief Overview: A predatory stranger seeks out a pregnant mother after becoming obsessed with her unborn child. The predator won’t stop until he gets what he wants. 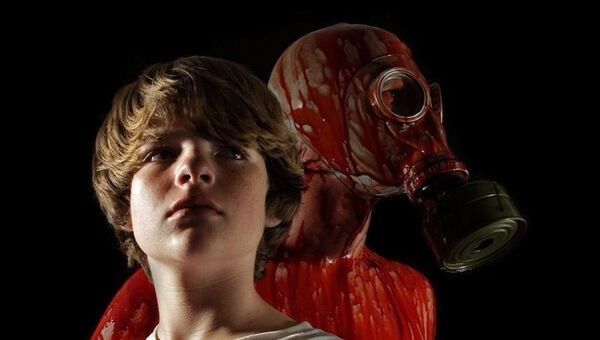 Brief Overview: The story of Gavin Brown, a misunderstood and bullied boy who discovers his older brother is a serial killer. 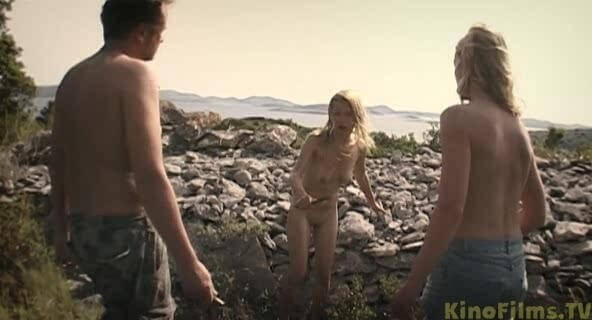 Brief Overview: An affluent couple decides to embark on a yachting adventure, and they hire a prostitute to accompany them. In this story, the young prostitute is confronted by a sadistic killer who enjoys raping and torturing young women, and she soon learns that she has to fight for her life to survive. 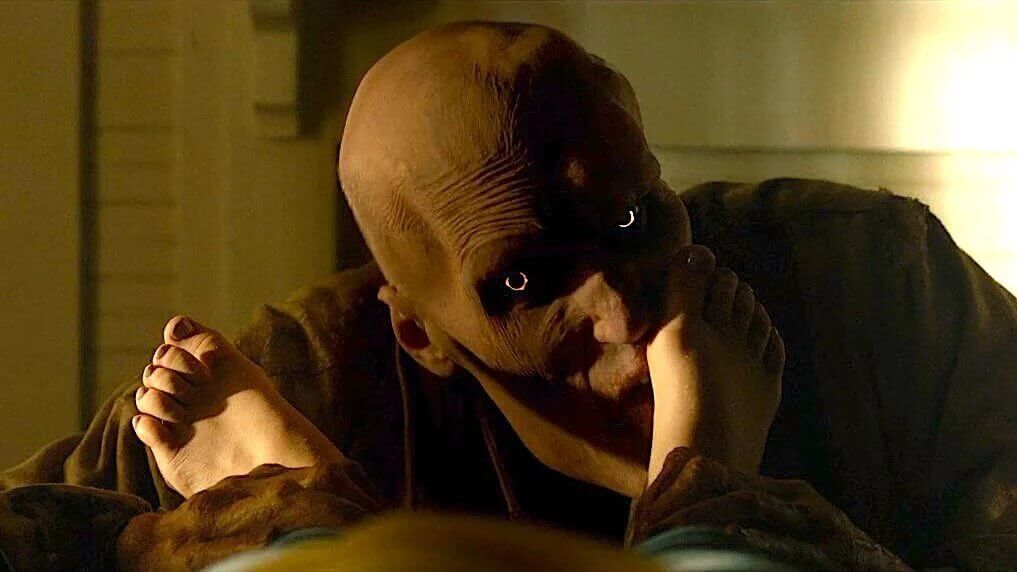 Brief Overview: It begins innocently enough when a couple escapes to a lake house to spice up their relationship. However, things get worse when the husband dies unexpectedly, and Jessie is handcuffed to the bed frame. She gets scared when she finds the demons inside her head lurking out in the shadows of the empty house as she attempts to control the darkness buried deep inside her for so long. There is nothing more disturbing about this film than the difficulty of comprehending whether or not everything Jessie sees is real or is just a projection of her deepest fears.

Brief Overview: A renowned deaf writer lives quietly in a luxury cabin in the woods. The night her close friend is murdered by a stranger outside her window, she begins a cat and mouse survival game with the ruthless killer. 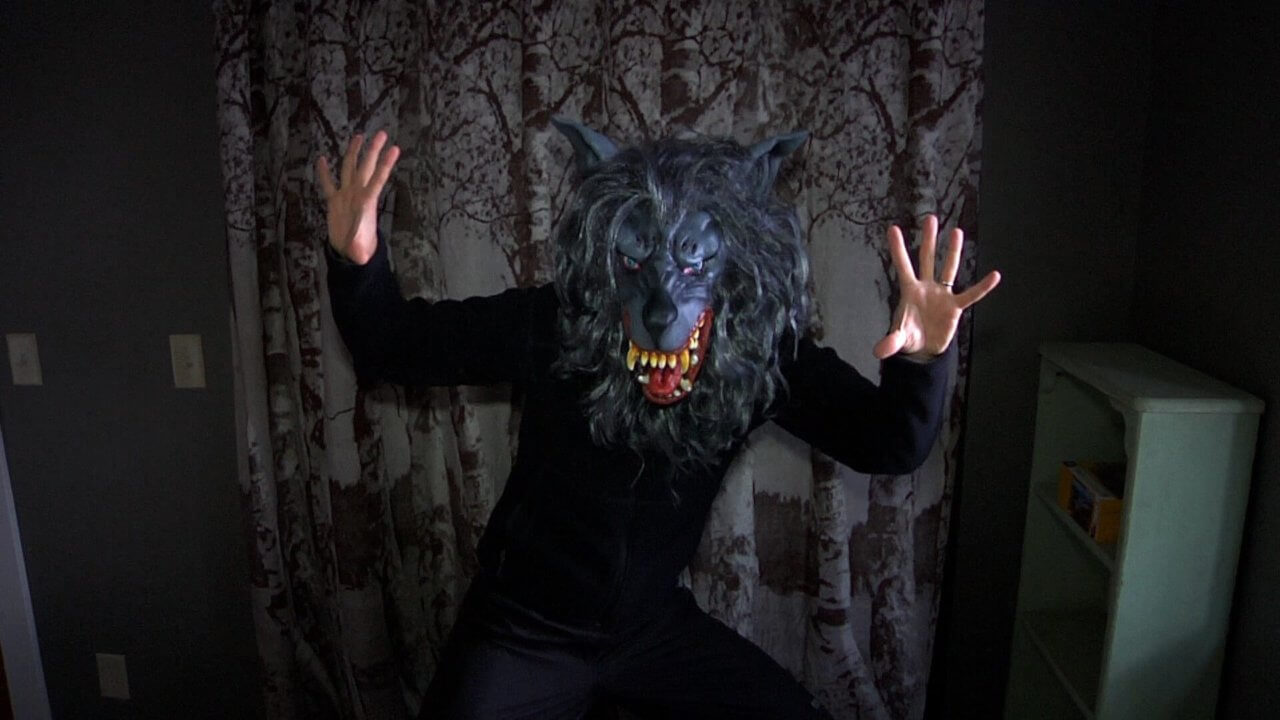 Brief Overview: Creep introduces us to struggling videographer Aaron, who accepts a job to travel to a remote cabin for a day’s work. Aaron meets Josef at the location, who claims to have a brain tumour and might die before his wife gives birth to their child. Thus, Aaron is tasked with recording a video log as a gift for his unborn child. After an initial routine assignment, things soon take a disturbing turn as dark secrets are revealed. Even after Aaron manages to escape with his life, he cannot shake Josef off his back, which raises questions about whether Josef has been playing a part the whole time.

Netflix offers 3,600+ movies and more than 1,800 TV shows to subscribers, and for that reason, Netflix is one of the world’s most popular streaming services. But unfortunately, Netflix has specific libraries for every country or region and the content is limited to that region.

However, there is a solution to this problem. Now you can access any Netflix library from anywhere around the globe using a trustworthy VPN. We strongly recommend using ExpressVPN. So what are you waiting for? Go and get the VPN and enjoy your favorite horror movie on the list. 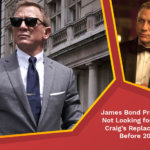 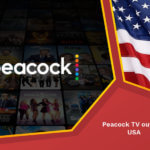 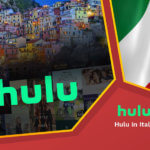 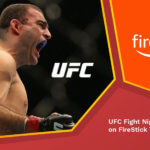