Benedict cumberbatch is all geared up for the support of Ukraine! He called the audience to stand up for humanity during "Walk Of Fame", find out what he has to say further.

Benedict Cumberbatch, our very own Sherlock Holmes, at the age of 45, and his wife were all set to receive the star at the Hollywood Walk of Fame, which took place in Los Angeles on Monday’28 February.

He got emotional while receiving the star and took a stand in his speech for the Ukrainian people, who were “struggling to survive as rockets rain down on their cities” and called on people around the world to do what they can to help the victims of Russian aggression. He addressed the audience in grief, 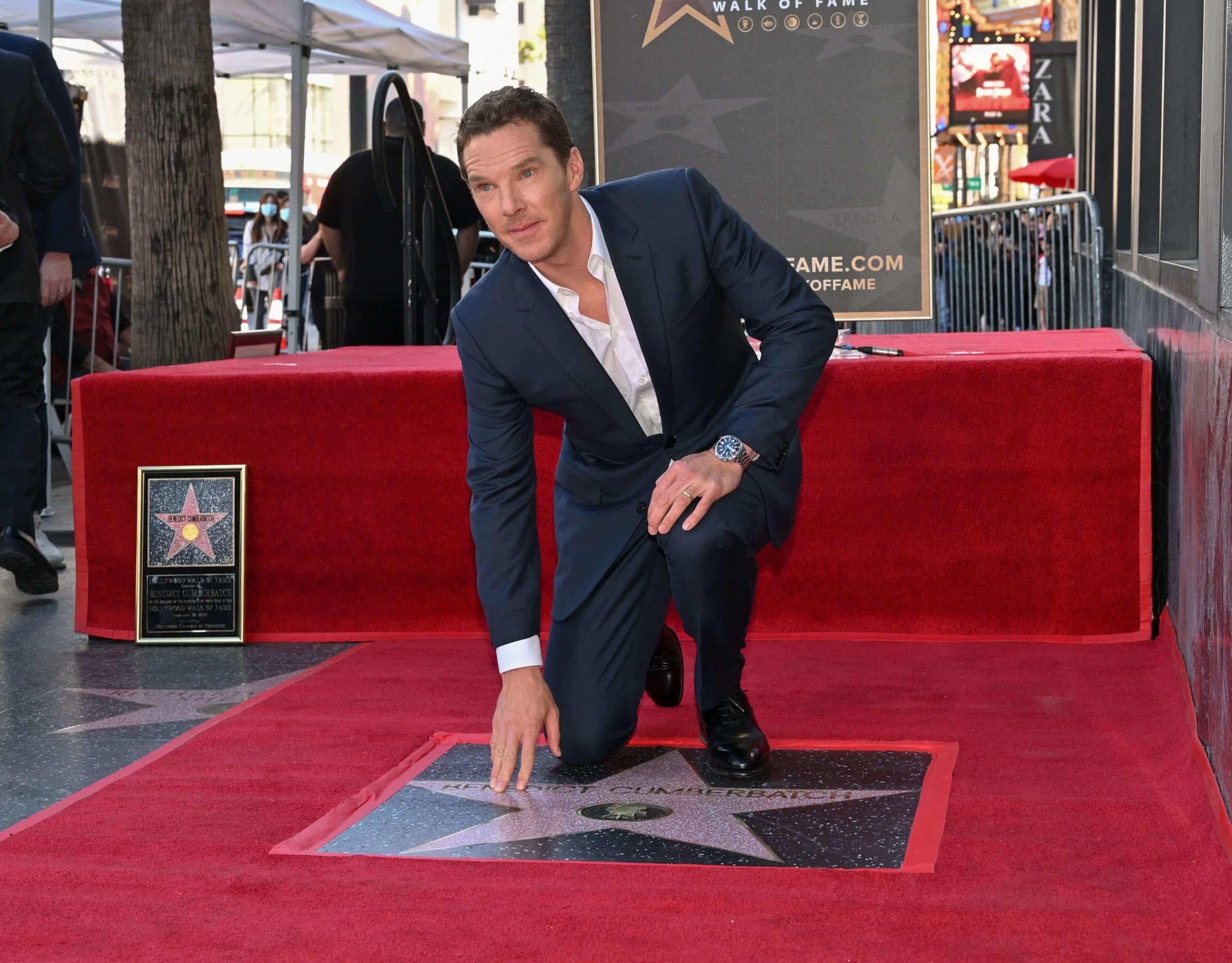 “I can’t speak today at this amazing moment in my life on this extraordinary platform without acknowledging the obvious of what’s happening in Ukraine and to show my support for the people of Ukraine, my support for the people of Russia who are opposing the kleptocracy and the idiocy of that route to try and halt the progression of this atrocity.”

He further continued while plea to the world,

“But it’s more now for all of us to do than just have thoughts and prayers. We need to act. We need to go onto embassy websites. We need to see what we can do as citizens of the world, citizens of Europe, and people who want a better place and a better outcome for this awful moment – for these people with children, with families who are struggling to survive as rockets rain down on their cities.”

Although his wife surrounded him, in addition to his speech, he also mentioned his beloved sister, whom he lost last year due to cancer. He claimed that she would have loved this if she had been here. He told the gathered audience,

“She was unbelievably loyal, supportive, and she would have loved the glitz and the oddness and the glamour. She would have just been laughing nonstop all the way through and probably crying.”

Moreover, Benedict Cumberbatch is a top British actor who has a diversified range of great films in his portfolio. We can also enjoy watching him in “Doctor Strange: Multiverse of madness” which is delayed by Marvel studios.