Squid Game is named the most tweeted about TV show on a streaming service in the United States in 2021, according to the report published by Twitter. The Korean survival show is followed by Disney+'s WandaVision and Loki.

The survival thriller series took the world by storm when released in September this year. The show got 1.65 billion hours of viewing within 28 days following its Sept. 17 release on Netflix. Squid game is the most popular and most-watched non-English show on Netflix.

But, that’s not all! According to the data published by Twitter and as reported by DailyMail, Squid Game is the “most tweeted about streaming TV show in the United States this year“. In addition, it is Netflix’s most-watched series in 94 countries as the show has already been streamed by 142 million households.

Apart from Squid Game, the other most tweeted about TV shows are WandaVision and Loki, which aired on Disney Plus. Both of these shows are from the MCU, and still, they weren’t able to outnumber the hit Korean TV show on Twitter. As for the streaming, it has already out-performed some popular shows on Disney+, including “Wandavision” from Disney Plus, “Saturday Night Live” and “Game of Thrones” in the United States.

The Squid game was created by the 50-year old screenwriter and director Hwang Dong-hyuk. The show’s second season is still in the planning phase, and fans have already started speculating about it. 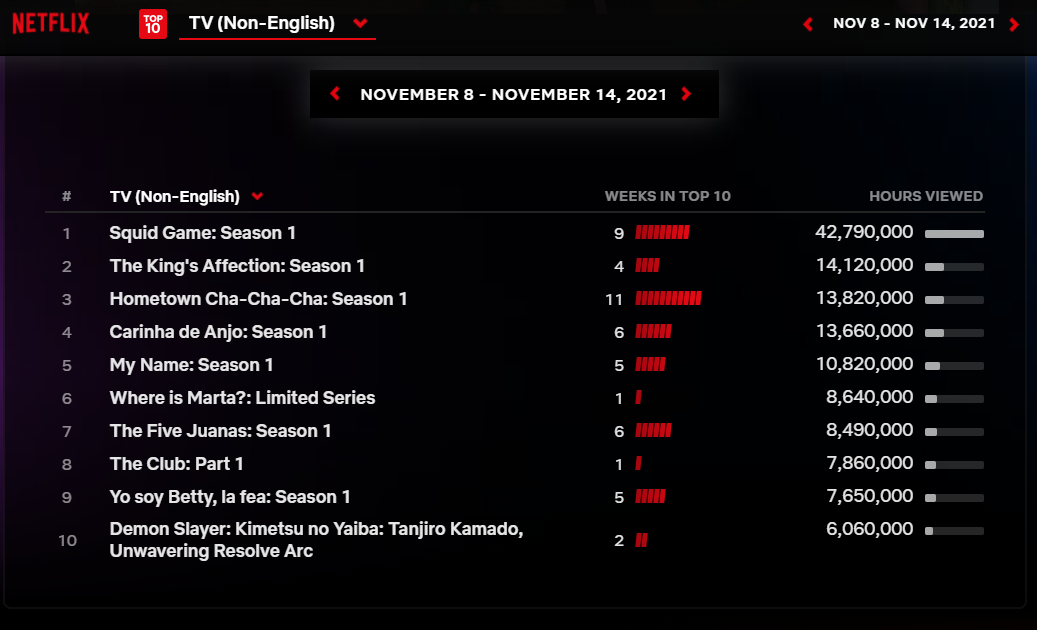 The Korean survival TV show has topped the Netflix (non-English TV shows) charts for 9 weeks straight. It is still among the top 10 shows, even though it has been 12 weeks since its launch. Now we’ll see how long it stays in the top 10 charts and which show has the potential to break its record.