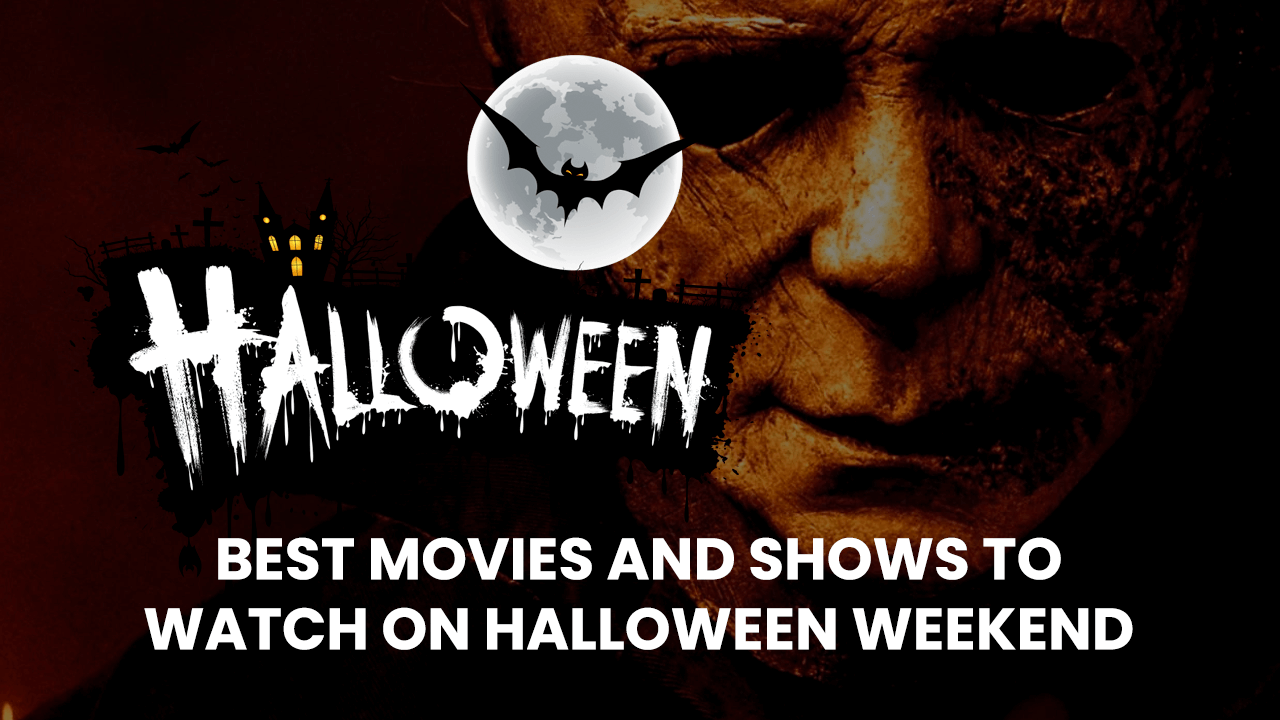 10 Best Movies and Shows to Watch on Halloween Weekend

Confused about what to watch this Halloween weekend? Well, we here have prepared the list of best movies and shows to watch!

Better days are coming .. which we usually call, Saturday and Sunday. We all have been eagerly waiting for the weekend to arrive, because weekend means being in your own comfort zone, refreshing your mind for the next week with doing what you love.

So, what would be a better way to spend a weekend than binge-watching best movies and shows? With Halloween arriving within a few days, you’d never want to miss the new Halloween releases this year! 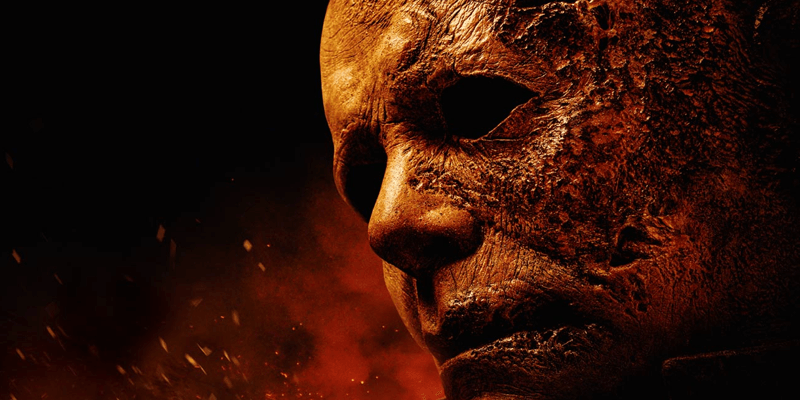 This horror story is about a nightmare that isn’t over yet, as relentless killer Michael Myers breaks free from Laurie Strode’s trap and resumes his slaughter. Laurie fights through the anguish of being injured and taken to the hospital while inspiring people of Haddonfield, Illinois, to rise up against Myers. The Strode ladies and other survivors’ band together to form a vigilante mob to track down Michael and put a stop to his reign of terror once and for all.

The Girl in the Wood: Peacock TV 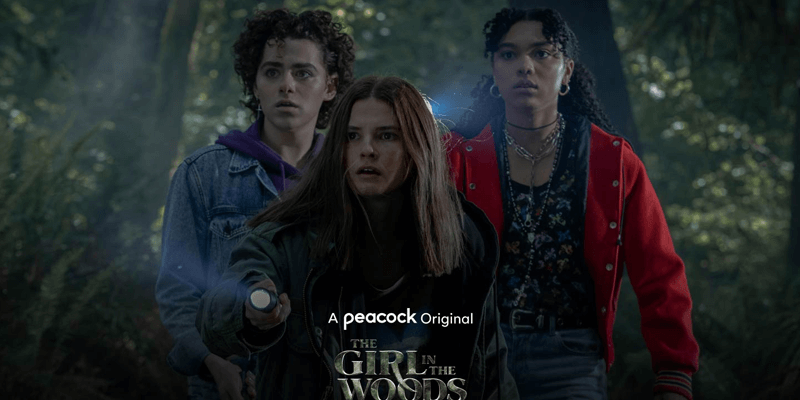 This one is a Peacock original series based on a novel, the story centers around a girl who tries to escape from her mysterious, cult-like colony that protects the world from hidden monsters that are hide behind a secret door within the woods.

Note: Since Peacock TV is geo-restricted outside USA, subscribe to ExpressVPN to watch Halloween Kills, The Girl in the Woods or any Peacock TV in your country on Peacock TV.

Watch The Girl in the Wood Now! 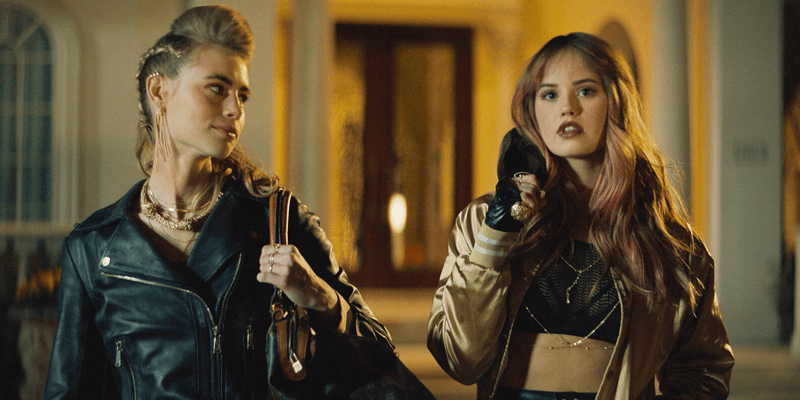 Benny (Jorge Lendeborg, Jr.), an eccentric college student, moonlights as a driver for one night to supplement his income. His mission is to take two mysterious young women (Debby Ryan and Lucy Fry) out for a night of partying in Los Angeles. He’s taken in by his clients’ allure, but he quickly discovers that his passengers have their own plans for him – and a voracious appetite for blood.

Benny is pushed into the center of a hidden conflict between rival vampire tribes against the protectors of the human world, led by his brother (Ral Castillo), who will stop at nothing to send them back into the shadows, as his night spirals out of control. Benny is forced to choose between fear and temptation as the sun rises, if he wants to stay alive and defend the City of Angels.

No One Gets Out Alive: Netflix 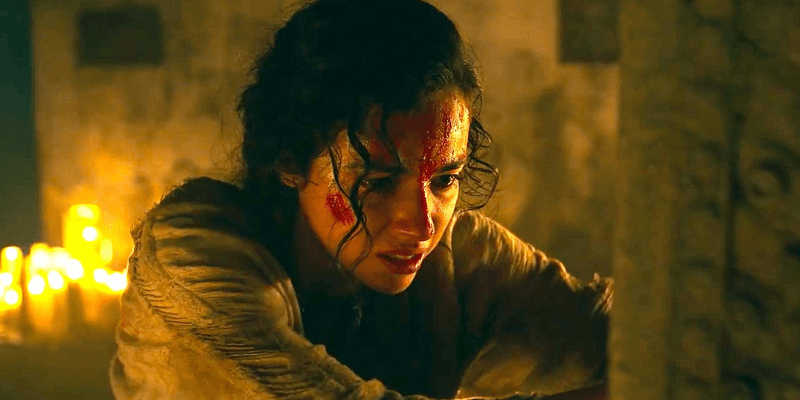 This mysterious yet horror movie revolves around the story of an undocumented Mexican immigrant, Ambar. She moves to America in Cleveland Boarding House where she was forced to take a room. As she moves there, she start seeing unsettling and terrifying things roaming the halls with the beginning of cries and eerie visions.

Note: If Night Teeth or No One Gets Out Alive isn’t available in your country, then you can subscribe to ExpressVPN to change your Netflix regions and access any Netflix library from anywhere in the world. 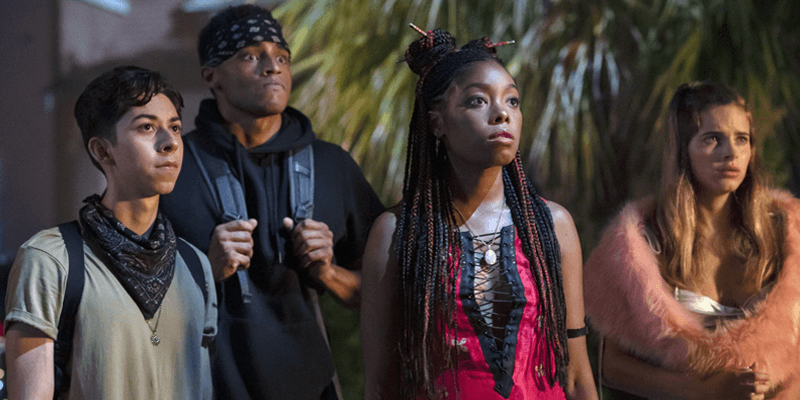 Black as Night, is a vampire story set in New Orleans, is Amazon’s second Welcome to the Blumhouse horror movie for October. When bloodsuckers prey on the city’s most vulnerable residents, a gang of adolescents band together to combat the undead danger, but it won’t be easy. Even if they survive, the teenagers would have grown up a lot in a short period of time. 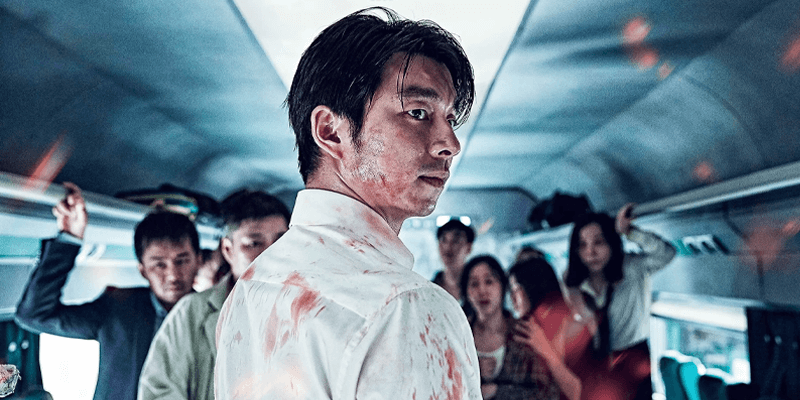 Train to Busan is a story of a man who is with his daughter on his way to see his wife. However, the son-daughter duo and other passengers become trapped on a speeding train to Busan during a zombie outbreak in South Korea.

Note: You will need a premium VPN like ExpressVPN if you can’t access Amazon Prime and watch Black As Night and Train to Busan in your country. 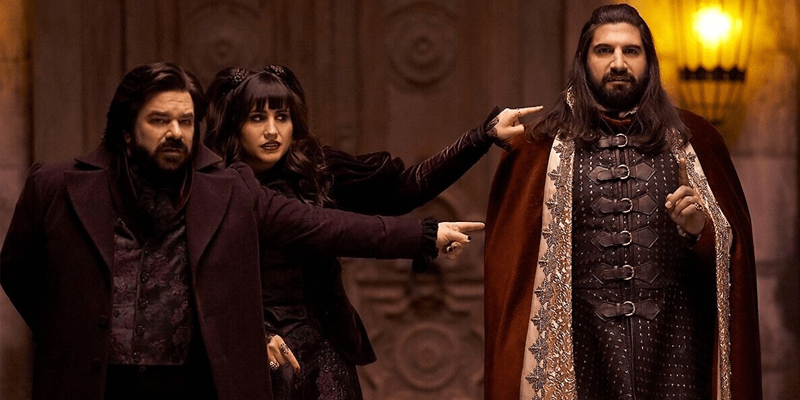 Dopeside revolves around the connection of the dots between Sackler’s spacious boardroom and Finnix’s cramped examining room by following several plot threads, including a pair of assistant US attorneys (Peter Sarsgaard and John Hoogenakker) who launch a four-year investigation into OxyContin, tracing how misinformation about the drug spread.

Just Beyond: Disney Plus

This new Disney Plus series promises a lot of eerie secrets with a twist in the story. It’s an anthology series inspired on R.L. Stine’s graphic novel of the same name, with eight episodes in which high school students face theater-dwelling ghosts, secret societies, and alternate realms, similar to a Young Adult version of The Twilight Zone.

McKenna Grace (Annabelle Comes Home), Gabriel Bateman (Child’s Play), and Henry Thomas (Annabelle Comes Home) are among the cast members that are well-versed in the horror-fantasy genre (The Haunting of Hill House). Expect a wacky show filled of witty banter, mystery, and strange beings lurking “just outside the world you know.” 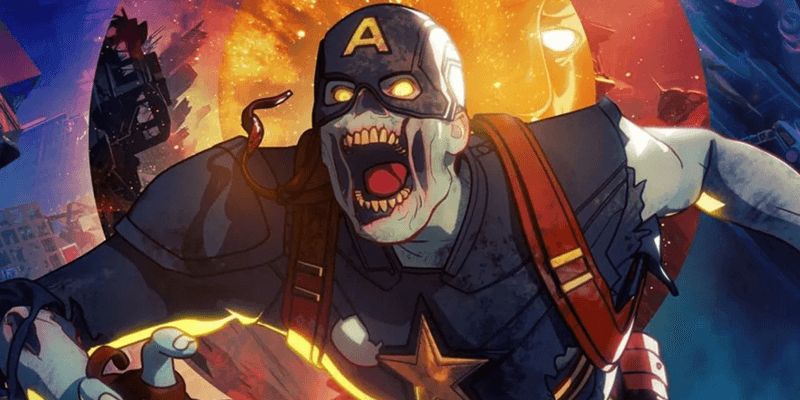 If you are a Marvel fan, then this one is for you. What If…Zombies? is the journey when the Avengers are infected by a zombie virus and surviving heroes search for a cure. Janet Van Dyne is brought back from the Quantum Realm, but diseased with a zombie plague that soon infects the rest of the world. A disparate group of survivors follows a signal promising to its cure, but they soon discover that not all is what they expected.

Note: Disney Plus is only accessible in US, Canada, Netherlands, Australia, and New Zealand. If you don’t live in any of these countries, then subscribe to ExpressVPN to watch Just Beyond and other Disney Plus movies and shows in your country. 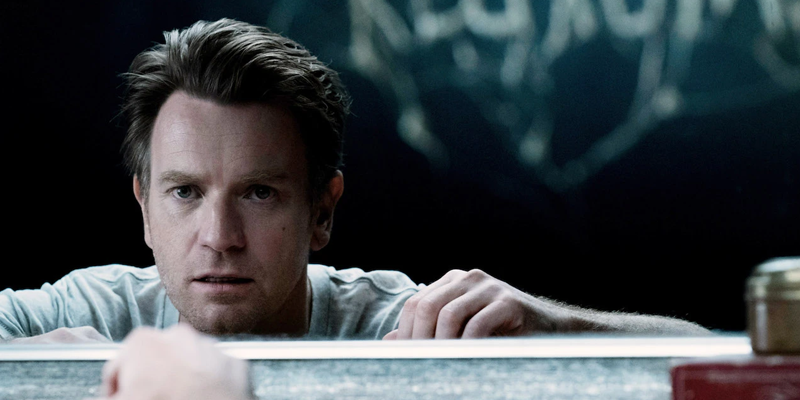 The Shinning is the 1980’s horror movie, that is now available to watch on HBO Max. Recommending The Shining this weekend to someone searching for a scary home film is akin to recommending The Godfather to someone looking for a crime drama. It’s so obvious that it’s amusing. But what are your options? Stanley Kubrick just crafted a horror film that became so famous that it became shorthand for the genre. The Shining, based on Stephen King’s most terrifying novel, invites you to the remote Overlook Hotel, where Jack Torrance (Jack Nicholson) has brought his wife, Wendy (Shelley Duvall), and son Danny (Danny Lloyd) as part of a caretaker role that ensures the family is alone for the winter.

Note: HBO Max is only available in USA. To watch ‘The Shinning’ and access HBO Max in your country subscribe to ExpressVPN.