Daredevil & other Marvel’s Netflix shows Landing on Disney Plus

All Marvel's Netflix shows including Daredevil, Jessica Jones, Luke Cage, The Punisher have Disney Plus as their new streaming home.

Over the previous few years, all of Marvel’s Netflix shows have been available solely on the streaming site, but that is about to change. Daredevil, Jessica Jones, Luke Cage, Iron Fist, and other Marvel shows were due to exit Netflix at the end of February. This sparked speculation about what would happen to the shows in the future. The most likely landing locations for the Marvel Netflix shows have been speculated to be Disney+ or Hulu. 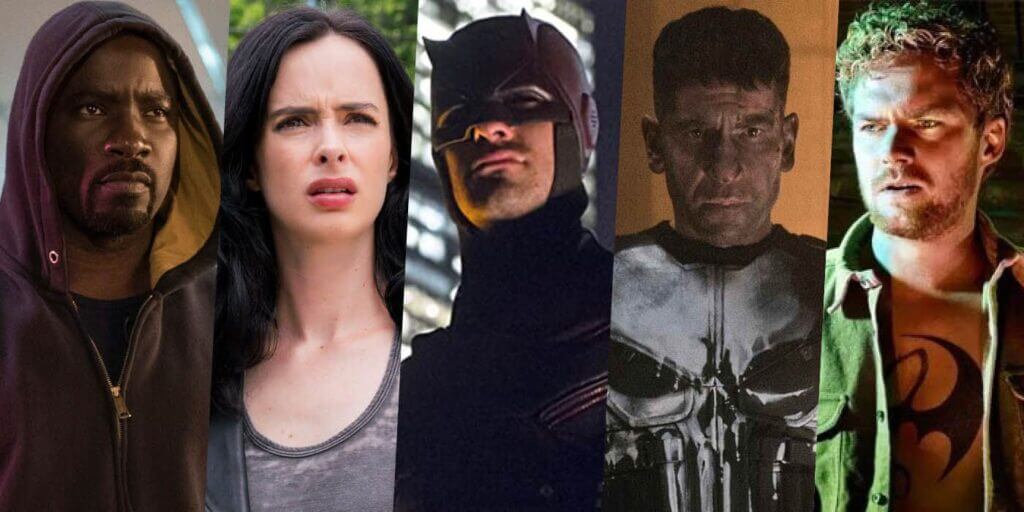 All former Marvel’s Netflix shows will officially name Disney+ their new streaming home. Disney+ has confirmed that all six shows will be available to stream on the platform in the USA, Canada, UK, Ireland, Australia, and New Zealand.

After the rights to the shows reverted back to Disney+, the shows left their original home at Netflix on February 28. “Marvel’s Agents of S.H.I.E.L.D,” which aired on ABC for seven seasons, will also be available to stream on Disney+ on March 16.

Now, Disney has revealed that starting March 16, 2022, all seasons of Marvel’s Netflix shows will be available on Disney+. Daredevil, Jessica Jones, Iron Fist, Luke Cage, The Defenders, and The Punisher are among the newcomers to Disney+ in March, according to the official press release. This means that Netflix Marvel shows will be available on Disney+ two weeks after they leave Netflix.

The press announcement was issued by Disney+ Canada, where STAR is a part of the streaming service for titles that would otherwise be available on Hulu in USA. It’s currently unclear whether the Marvel’s Netflix shows will be available on Disney+ in USA, but hopefully we will get to know soon!

The potential of Marvel shows arriving on Disney+ has been a significant topic since it was reported that the rights to Marvel’s Netflix shows were reverting to Disney. Disney’s streaming service is firmly positioned as a family-friendly platform, with no adult-oriented content.

On the other hand, the Marvel’s Netflix shows have higher degrees of violence and nudity than Disney+ has allowed thus far. Internationally, the usage of Disney+ STAR has been a workaround, but the Mouse House has yet to figure out a means to give Disney+ members adult content like Daredevil and other Marvel’s Netflix shows. However, the showrunner and creator of Luke Cage, Cheo Hodari Coker expressed similar concerns in his statement,

“They’re going to do what they do. It’s theirs,” wrote Coker. “I just hope they don’t sit on it for years to allow for an easier reboot, or re-air it with a different mix, or the N-Word muted. I’d love to do commentary tracks, or the original credits.”

So far, there’s no indication that Disney+ will censor the content of the episodes from what they were on Netflix. In any event, Daredevil and the other previous Marvel’s Netflix shows will only be unavailable for a few weeks before finding a new home.

Disney is well aware of the worth of these franchises, as well as the demand for the characters in future films. It appears that quickly moving them to a new platform keeps the characters fresh and gives them more opportunities to further their tales. Meanwhile, beginning March 16th, audiences will be able to watch the Marvel’s Netflix shows on Disney+.