Stranger Things Final Season is Coming Out in May

The long wait is finally over! Stranger Things' seasonal finale is all to set to be released. So, take a look at everything to know about this long-awaited season. 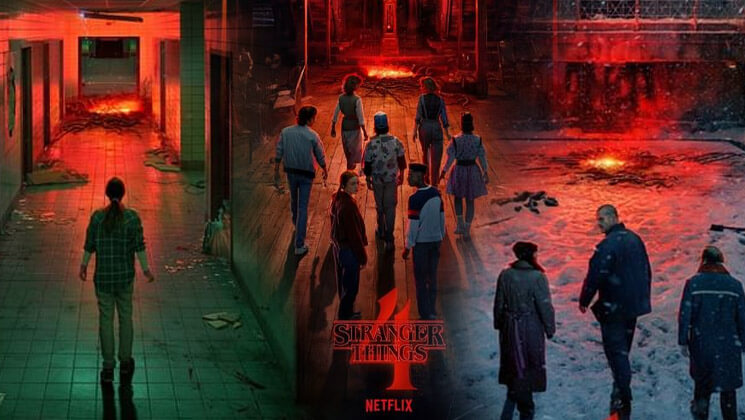 The release date for Stranger Things Season 4 was announced on February 17th, along with a some of new posters.

All the new posters for #StrangerThings season 4! pic.twitter.com/GNQobw2cFh

According to a letter written by Matt and Ross, both of the seasons will be distributed in two parts. The Duffer Brothers also confirmed that, following the season 4 split, season 5 will be the final season of Stranger Things, bringing the series to a close.

Hi nerds! Do you copy?

It’s been a little while.

With nine scripts, over eight-hundred pages, almost two years of filming, thousands of visual effects shots, and a runtime nearly twice the length of any previous season, Stranger Things 4 was the most challenging season yet, but also the most rewarding one. Everyone involved is incredibly proud of the results, and we can’t wait to share it with you.

Given the unprecedented length, and to get it to you as soon as possible, Season 4 will be released in two volumes. Volume One will release on May 27th; Volume Two will release five weeks later on July 1st.

So that’s the good news. It’s coming soon. And it’s bigger than ever.

It’s also the beginning of the end.

Seven years ago, we planned out the complete story arc for Stranger Things. At the time, we predicted the story would last four to five seasons. It proved too large to tell in four, but — as you’ll soon see for yourselves — we are now hurtling toward our finale. Season 4 will be the penultimate season; season 5 will be the last.

There are still many more exciting stories to tell within the world of Stranger Things; new mysteries, new adventures, new unexpected heroes. But first we hope that you stay with us as we finish this tale of a powerful girl named Eleven and her brave friends, of a broken police chief and a ferocious mom, of a small town called Hawkins and an alternate dimension known only as the Upside Down. As always, we are grateful for your patience and support.

Even so, the longest-ever season has enough to offer fans before it comes to a close. Will Hopper be able to get free from his Russian prison? What’s the story behind the creepy house? What makes you think there’s another Demogorgon out there?

001. Russia. Getting the band back together. Bring a jacket. pic.twitter.com/QiqTqRfNR9

Here’s the official synopsis about Stranger Things new season coming out was also given by the Netflix official page,

It’s been six months since the Battle of Starcourt, which brought terror and destruction to Hawkins. Struggling with the aftermath, our group of friends are separated for the first time – and navigating the complexities of high school hasn’t made things any easier. In this most vulnerable time, a new and horrifying supernatural threat surfaces, presenting a gruesome mystery that, if solved, might finally put an end to the horrors of the Upside Down.

Netflix is unlikely to be concerned about the series’ conclusion. Stranger Things has been a tentpole show for the corporation for several years, but the service is now more powerful than it was in 2016. Netflix has a slew of popular and occasionally critically acclaimed series, and it’s also getting into the habit of releasing dozens of films a year with major actors and filmmakers.

Netflix’s success is no longer dependent on a small number of shows. Stranger Things can afford to end gracefully rather than dragging it out for the sake of increasing subscriber numbers. Meanwhile, take a look at the Stranger Things Season 4 teasers and trailers released so far!

Since the initial announcement, Netflix has issued a series of teasers, the first teaser is titled “From Russia with Love…” and was released in February 2020.

The second teaser was released after a year later in May 2021 with the title “Eleven, are you listening?”

The third teaser was released as part of Netflix’s TUDUM event “Creel House.”

In addition to all of the teaser, a sneak peek trailer was released in early August 2021, confirming the Stranger Things’ will come back in 2022.