The Batman Roars with a $258 Million in its Opening Weekend

The Batman has become the highest grossing movies till now roaring with $258 million in its opening week. At Pandemic Domestic Box Office, 'The Batman' has the third best first Monday. So, lets take a close look at the Batman figures.

The Batman, directed by Matt Reeves, opens with a voyeuristic, quasi-Hitchcockian point-of-view shot viewed through high-powered telescopic lenses, heavy breathing on the soundtrack, and a family in the crosshairs. The Matt Reeves-directed DC movie earned $11.1 million on its opening Monday, trailing only Spider-Man: No Way Home’s $37.1 million and Disney/$19.2 Marvel’s million for Shang-Chi and the Legend of the Ten Rings on Labor Day.

Thursday night previews drew in $17.9 million, second only to Spider-Man: No Way Home’s huge $50 million during the epidemic. By the conclusion of Friday night, the total had risen to $57 million, including $3.7 million in fan previews on Tuesday and Wednesday. This prompted rumors that The Batman would gross $110 million over the weekend, possibly $120 million according to certain sources.

Now, The Batman ranks fourth among all Mondays during the pandemic (since mid-March 2020), with $24.77 million, but Spider-Man: No Way Home is officially second with $24.77 million. Robert Pattinson’s led character, The Batman is here, and it’s off to a great start at the box office, grossing $128.5 million in its first three days of release in the USA.

The Batman has ranked in $145.1 million in four days. Monday’s box office for The Dark Knight is down from Sunday’s $34.1 million. The Batman is expected to make $67 million this weekend, according to industry forecasts. The Batman’s $134 million launch is the second greatest during the pandemic, trailing only Spider-Man: No Way Home’s $260 million premiere in December. It’s also the best domestic debut for 2022 so far, and the best start for director Matt Reeves. Batman grossed $258 million worldwide at the box office. 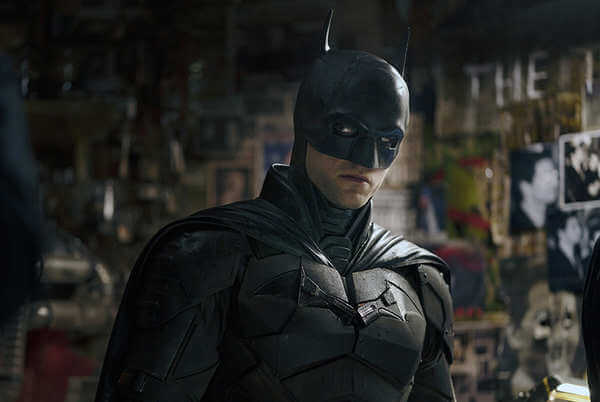 For the next two weeks, The Batman will have no competition, and it will take The Lost City to dethrone it in weekend four. If that doesn’t happen, Morbius will take over in week five.