MCU is roaring back in 2022, so there is a lot to expect from MCU Phase 4 plotlines which includes all the upcoming new Marvel movies that will be released in theatres and television on Disney Plus from Marvel Studios in 2022.

Looking for a site to tell you upcoming marvel movies and shows in order with their release dates? Well, you have come to the right place, just keep reading to end your curiosity!

With the entire force of the Disney Plus juggernaut behind it, the MCU continues to dominate the box office year after year, while simultaneously establishing itself as the flagship content anchoring Disney Plus through the debut of marvel movies and shows like WandaVision and Loki in 2021. In reality, the studio ended 2021 on a high note, as the December release of Spider-Man: No Way Home blew all predictions, generating $1.7 billion worldwide during the peak of the Omicron variant outbreak to become the sixth highest-grossing marvel movie of all time.

But isn’t that old news? What about 2022? What marvel movies and shows can we expect to see in theatres this year, preferably in the aftermath of the pandemic? Of course, the Disney Plus /Marvel machine is quite active, with dozens upon dozens of marvel movies and shows in various stages of development, but we’re only interested in projects that will be released before the end of 2022. 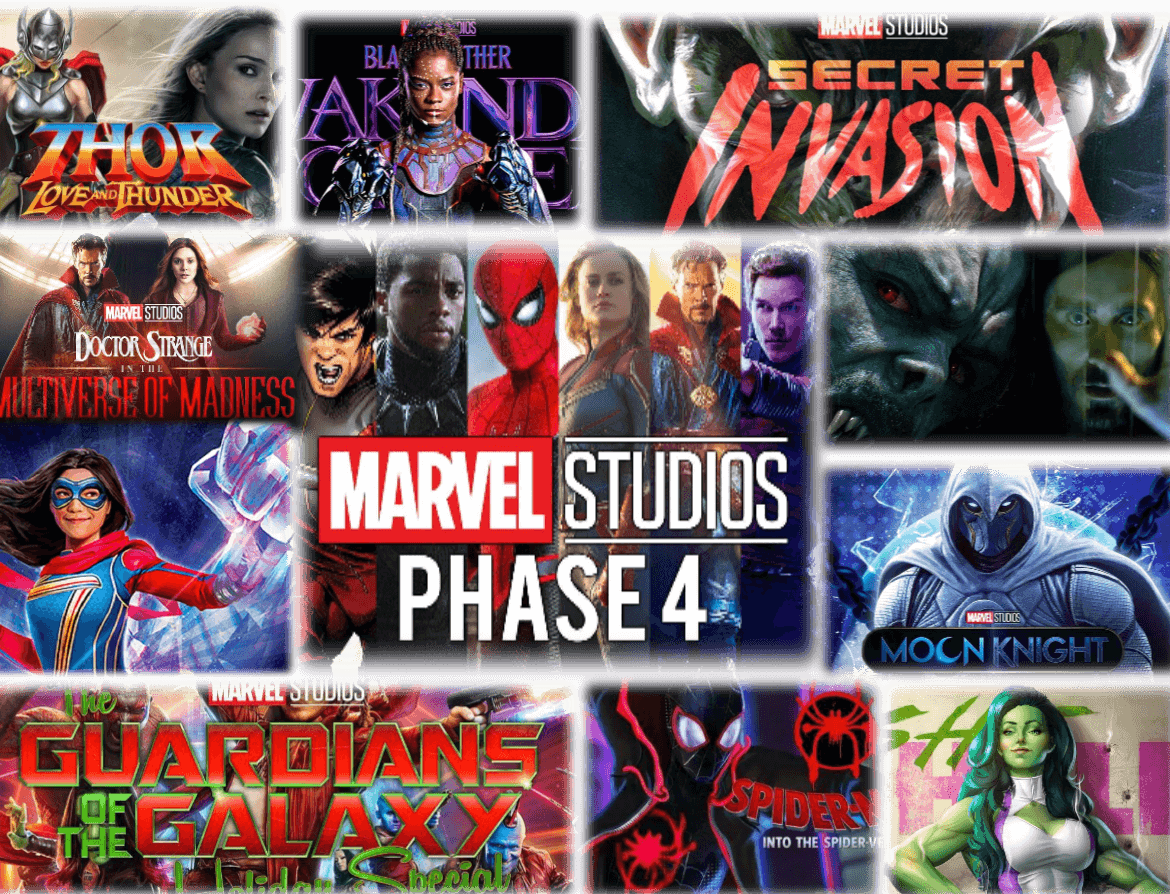 We all know it is quite difficult to keep up of upcoming new Marvel movies and shows. So, we understand that it’s a lot to take in. In 2022, a new era of MCU has begun as Phase 4 that continues to explore the Multiverse with characters such as Moon Knight (Oscar Isaac), She-Hulk (Tatiana Maslany), Kamala Khan (Iman Vellani), and Riri “Ironheart” Williams, among others (Dominque Thorne).

However, news of upcoming Marvel movies and shows keeps pouring in, from the Disney Plus Day announcements that offered us news at Moon Knight, She-Hulk, and Ms. Marvel to new Secret Invasion casting rumors’ and word of a fourth Captain America movie and Season 2 of Loki. Agatha: House of Harkness, a WandaVision spin-off starring Kathryn Hahn’s Agatha, a Spider-Man: Freshman Year animated series, and a Marvel Zombies are all on the way! So, let’s have a look at the marvel movies and shows in order:

Here’s a quick rundown of each Marvel movies and shows in order that are coming our way this year!

Jared Leto is returning to the realm of comic books in a role that should give him a bit more screen time after repeating his role as The Joker in Zack Snyder’s Justice League. After multiple delays, Sony’s Morbius feature has wrapped and will be released at the start of the new year.

Michael Morbius is played by Jared Leto, a doctor who attempts to cure himself of a rare blood condition but instead imbues himself with vampire-like characteristics, including a need for human blood. Morbius is one of the most awaited marvel movies that is directed by Daniel Espinosa and will star Matt Smith, who has appeared in Doctor Who, as the malevolent Loxias Crown. 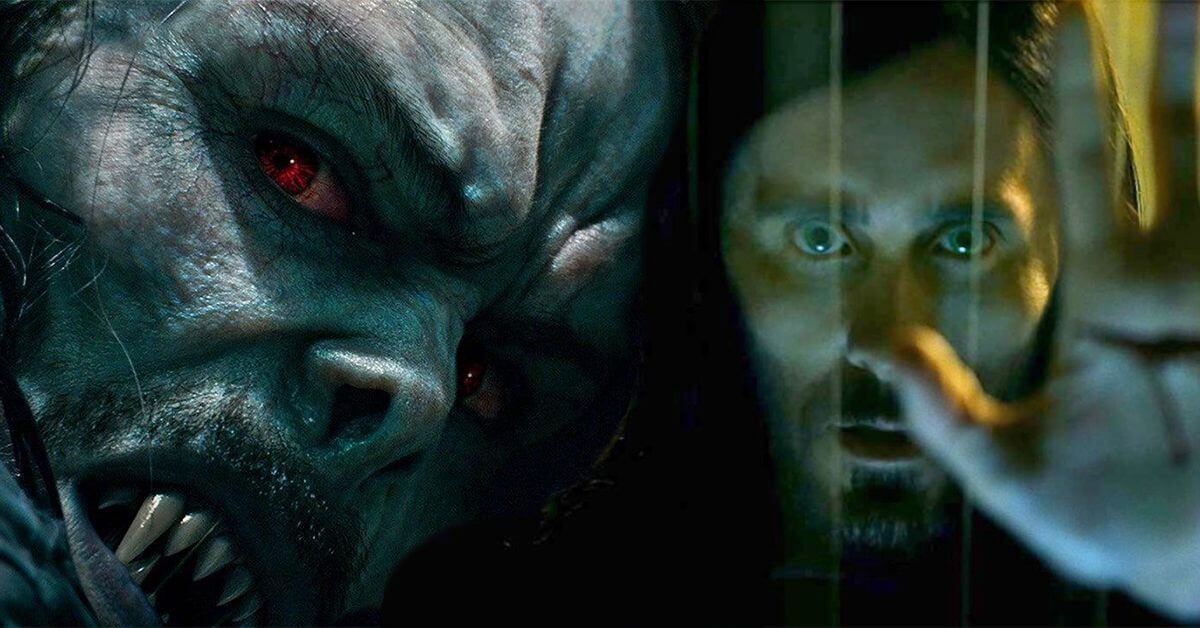 Adria Arjona, Jared Harris, Tyrese Gibson, and Michael Keaton, who appears to be reprising his role as Adrian Toomes, complete out the cast (a.k.a. Vulture). Morbius, like Venom: Let There Be Carnage, appears to be part of the Marvel Cinematic Universe thanks to a collaboration between Marvel Studios and Sony.

In the comics, it’s triggered when Spector becomes the incarnation of Khonshu, the Egyptian deity of the moon. Oscar Isaac plays Marc Spector, whose dissociative identity disorder emerges as multiple unique personas. After playing Apocalypse in “X-Men: Apocalypse,” this will be the actor’s second time portraying an Egyptian-based Marvel character. 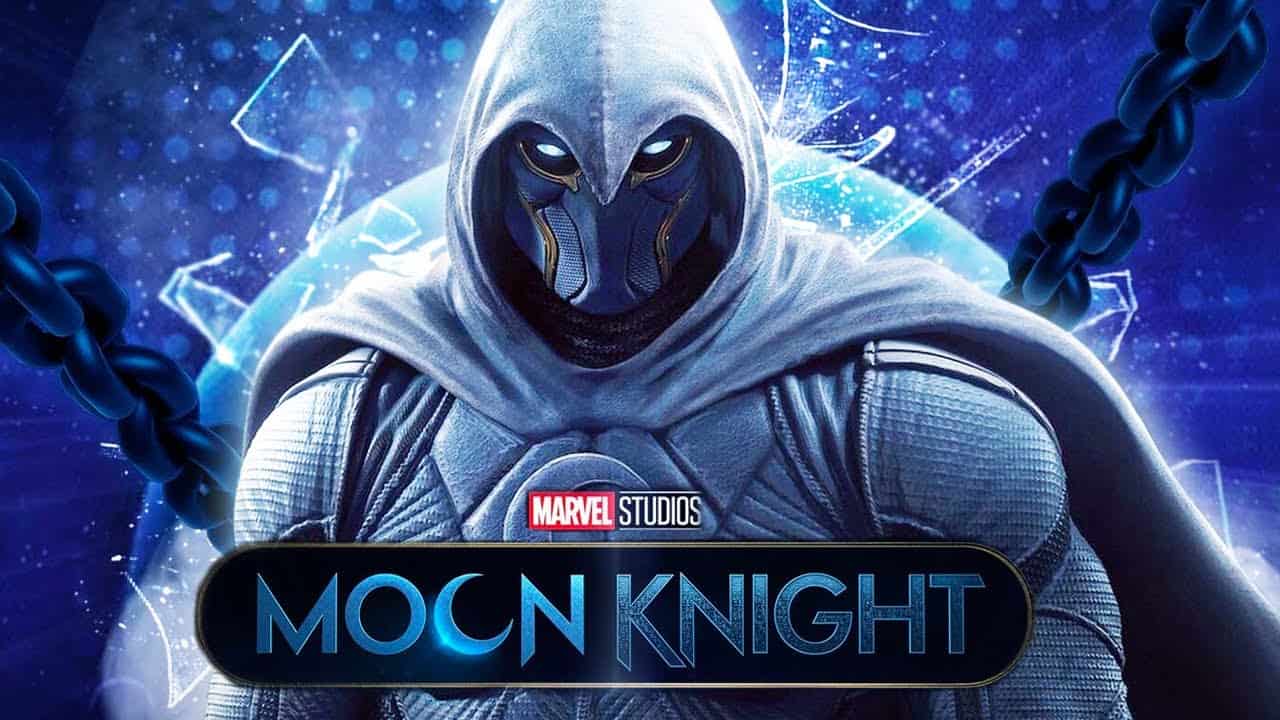 In any case, this marvel movie will be directed by Egyptian filmmaker Mohamed Diab (“Clash,” “Cairo 678”), as well as Justin Benson and Aaron Moorhead (“The Endless”). Ethan Hawke and May Calamawy co-star in the marvel movie.

Doctor Strange In The Multiverse Of Madness – May 6, 2022

Benedict Cumberbatch reprises his role as Doctor Strange, while Elizabeth Olsen reprises her role as Scarlet Witch, with Benedict Wong, Rachel McAdams, and Chiwetel Ejiofor also reprising their roles from Doctor Strange. America Chavez, a new fan favorite from the comics, is played by Xochitl Gomez. 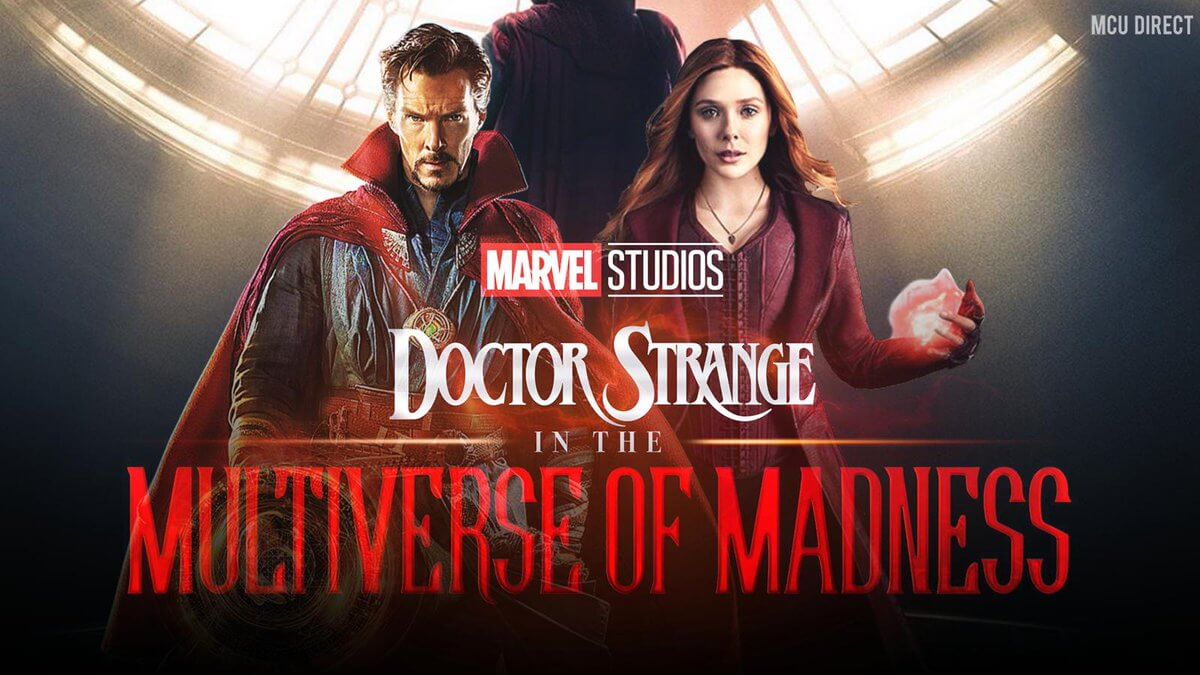 The WandaVision series’ events will lead into Multiverse of Madness, and the plot will also tie into Tom Holland’s impending third Spider-Man film. Scott Derrickson was supposed to return as director after the first film, however he backed out in January 2020 owing to “creative issues.” The good news is that Marvel has decided to replace him with Sam Raimi.

Thor: Love and Thunder is the first time the Asgardian warrior has gotten a fourth solo movie in the Marvel Cinematic Universe. Taika Waititi, who directed Thor: Ragnarok, returns to write and direct the marvel movie (together with Jennifer Kaytin Robinson). 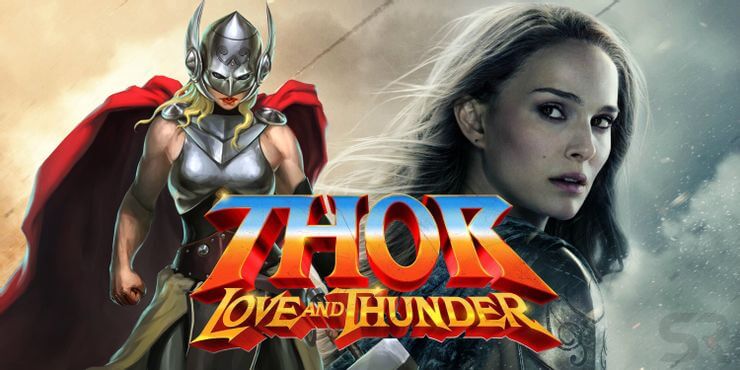 Jane Foster, played by Natalie Portman, will return to the MCU in Love and Thunder. Jane will take on the role of Thor’s female counterpart, while new Asgardian king Valkyrie (Tessa Thompson) is on the lookout for her queen. Gorr the God Butcher (Christian Bale) will act as the core source of conflict, with various other familiar faces flitting in and out of the plot.

Marvel’s first mainstream Muslim hero Kamala Khan, will star in this Disney Plus original series. The character, a 16-year-old Pakistani-American growing up in Jersey City, will be played by newcomer Iman Vellani. Marvel has something to say about her: “She is an excellent student, a passionate gamer, and a voracious fan-fiction writer with a particular fondness for superheroes, notably Captain Marvel.” But Kamala has a hard time fitting in at home and at school—until she gains superpowers like the heroes she’s always idolized. Isn’t it true that having superpowers makes life easier? 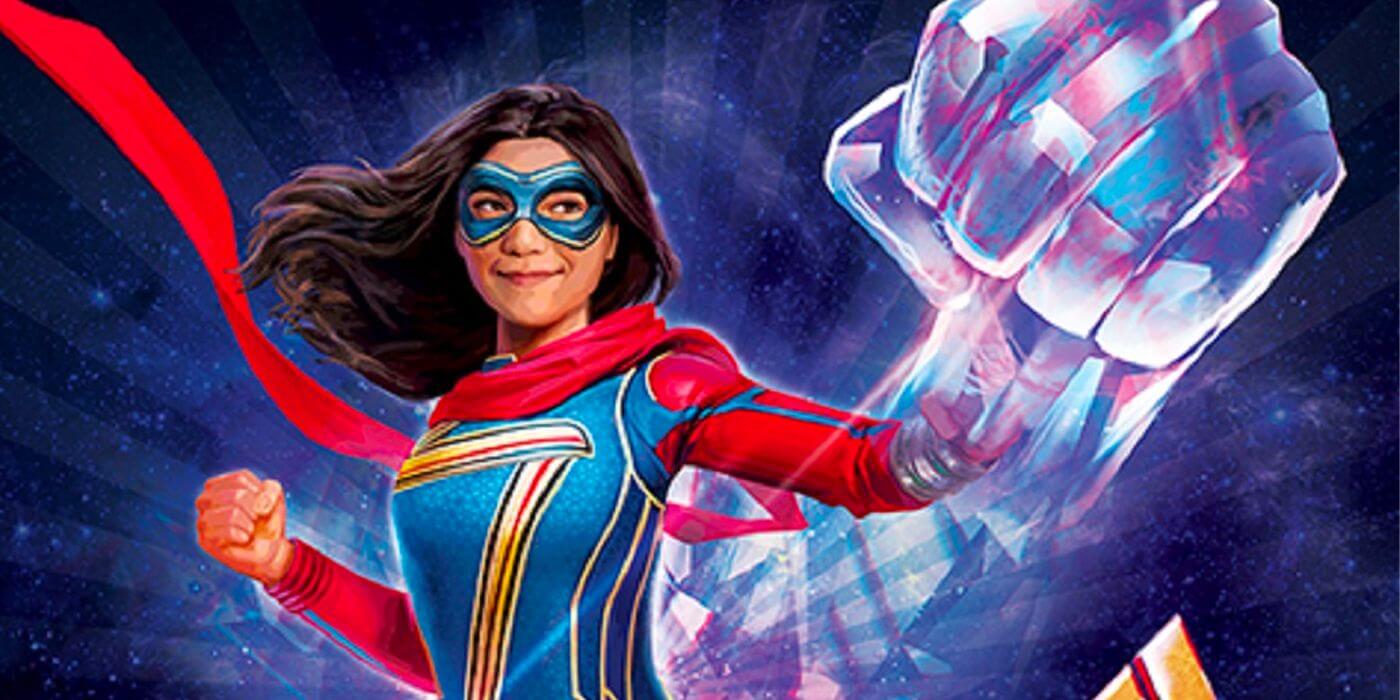 The animation technique shown in Spider-Man: Into the Spider-Verse, which was released in December 2018 and rapidly became one of the most beloved superhero movies ever made, required several years to develop in addition to the story. 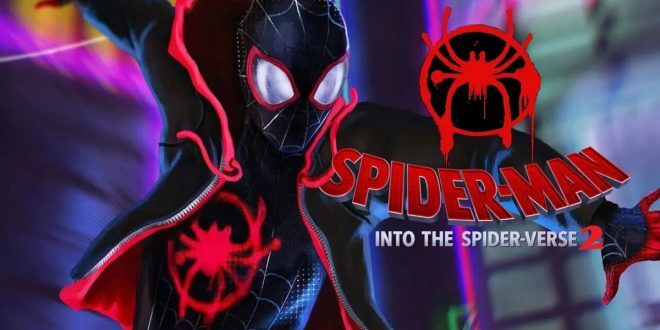 Black Panther, directed by Ryan Coogler, immediately became one of the most popular Marvel movies of all time, and while its foreign box office wasn’t as high as Avengers: Infinity War (which no one expected), there’s no doubting that it was a critical and commercial success for Marvel Studios. It’s no surprise, then, that Black Panther: Wakanda Forever is in the works, with Coogler returning to the director’s chair. 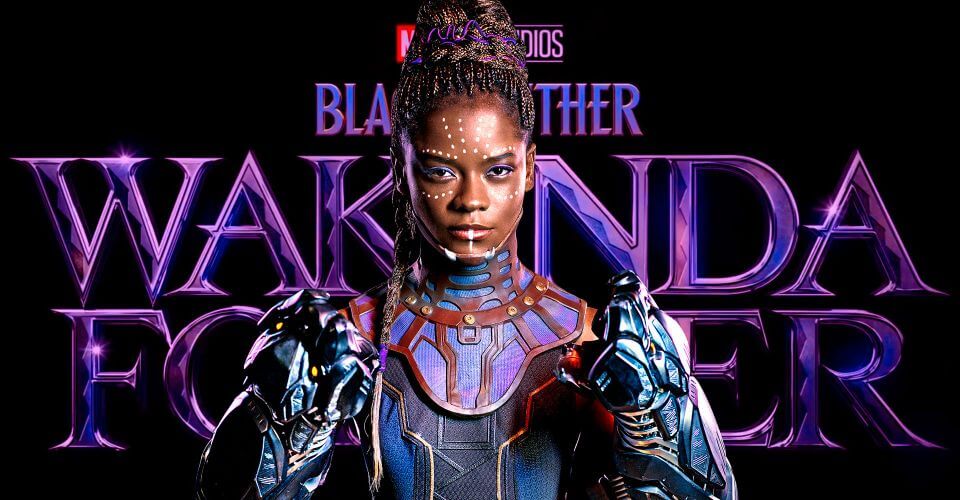 There are no plans to recast Chadwick Boseman’s role following his untimely death, and the production team has affirmed that they would not use CGI to add Boseman’s likeness to the marvel movie. The sequel will instead concentrate on other facets of Wakanda, its people, and culture. Story information are scant thus far out from its summer 2022 debut, as is customary. Namor the Sub-Mariner, on the other hand, is rumored to be joining the MCU in the Black Panther sequel.

Jennifer Walters, a lawyer specializing in superhero-related cases, will be played by Tatiana Maslany. Tatiana Maslany (Orphan Black) will play the title character, with Mark Ruffalo (Hulk/Bruce Banner) and Tim Roth (Abomination) reprising their roles. Walters is cousins with Bruce Banner in the comics, and a blood transfusion from Banner grants her Hulk-like characteristics. 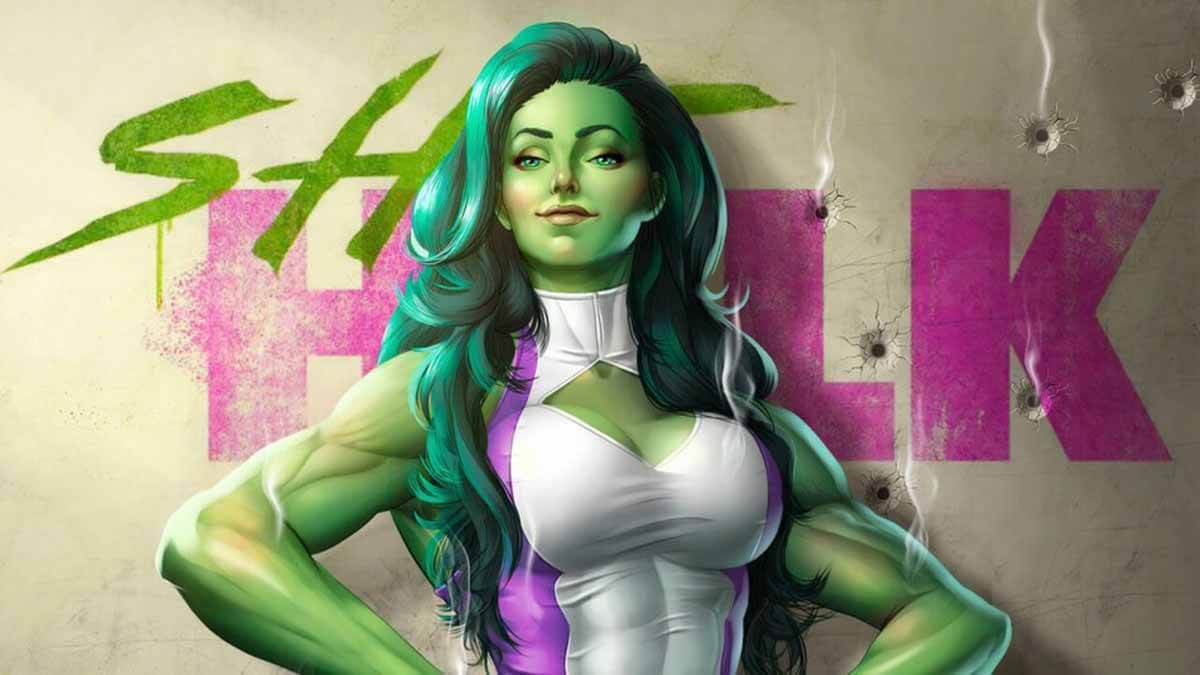 The Guardians of the Galaxy Holiday Special – Disney Plus, 2022

The Marvel Cinematic Universe’s first “TV special,” if such a thing can even be called to exist in the age of streaming providers. Regardless, The Guardians of the Galaxy Holiday Special will be a 40-minute live-action special set between the events of Thor: Love and Thunder and the upcoming Guardians of the Galaxy Vol. 3, which is set for release in 2023. 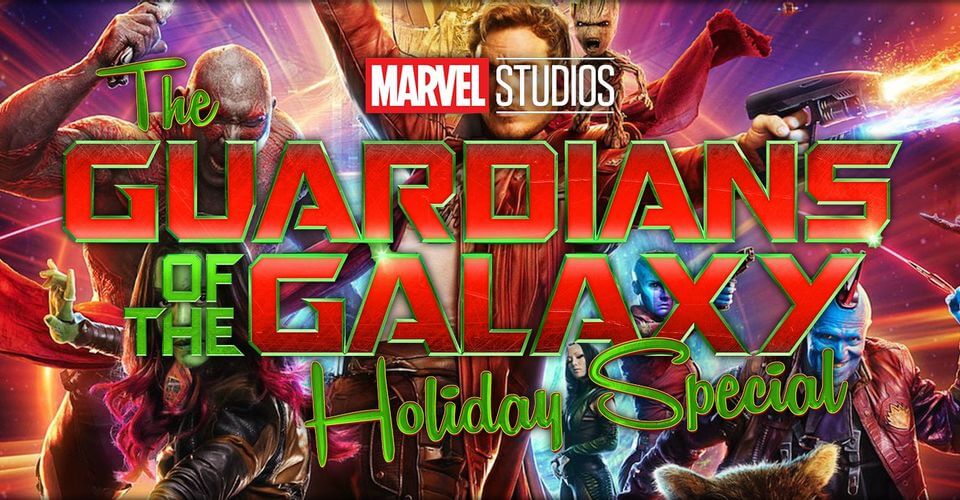 Returning filmmaker James Gunn allegedly proposed a holiday special for years before finally being able to film this one, so it sounds like a bit of a passion project for him.

Secret Invasion is a six-episode miniseries centered on the shape-shifting alien Skrulls, who were presented as antagonists in that film before rapidly being rehabilitated. The Skrulls, a group of shapeshifting aliens, have invaded all facets of life on Earth, according to the official synopsis. But, on the other hand, the series is bringing back Sam L. Jackson’s Nick Fury to work alongside the Skrulls, and it’s hard to believe he’d be on the side of any true villains. 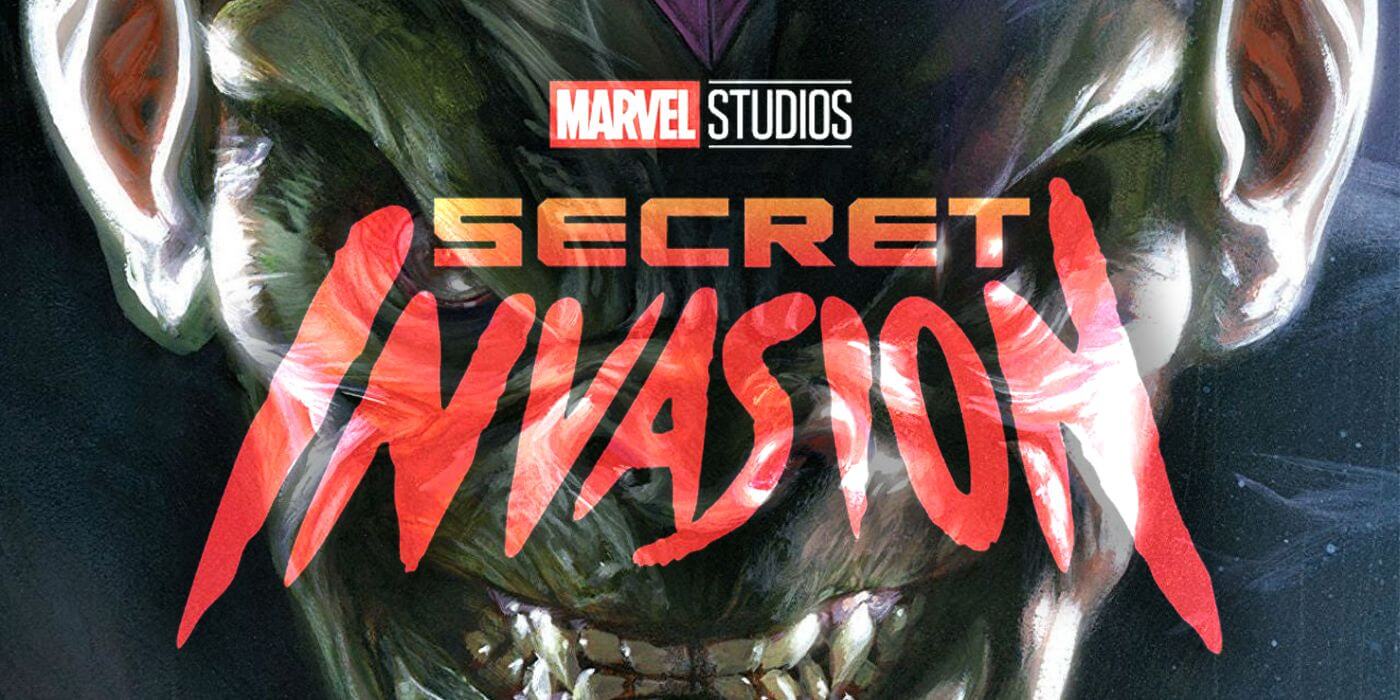 Ben Mendelsohn will also return as the chief Skrull Talos from Captain Marvel, and they’ll be joined by Cobie Smulders, who has probably survived more implausible situations than any other character without abilities in the Marvel Cinematic Universe.